I just read a provocative book called The Walk by Richard Paul Evans. It’s hokey and a bit contrived, but I still recommend it, if just for the epilogue, which I will now recount.

A master and his apprentice are traveling the countryside. The master sees a ramshackle hovel and commands his apprentice to knock on the door to ask for food, which he dutifully does. The poor peasant with five children answers the door and says, “I have meager food but I will spare what I can. Our little cow provides us with some milk. Here is some cheese and a crust of bread.”

Years later they return to the area, and the master sends his apprentice to the peasant’s house to once again ask for food.

The apprentice goes to the site of the hovel and sees a beautiful villa surrounded by other substantial homes. He fears that the poor farmer has died or been foreclosed upon. He knocks on the door and a servant answers. The apprentice asks about the man who used to live on this land. The server then brings down a distinguished gentleman.

“What happened to the poor farmer?” The apprentice asked.

“I am that man,” he said. “A few years ago my little cow who used to provide us a bare living ran away. At first we were terrified, but our family realized we had to go out and work hard, and be resourceful and we prospered far beyond our greatest expectations. The best thing that could have happened to us was losing our little cow.”

Question: Do you have your own little cow story? 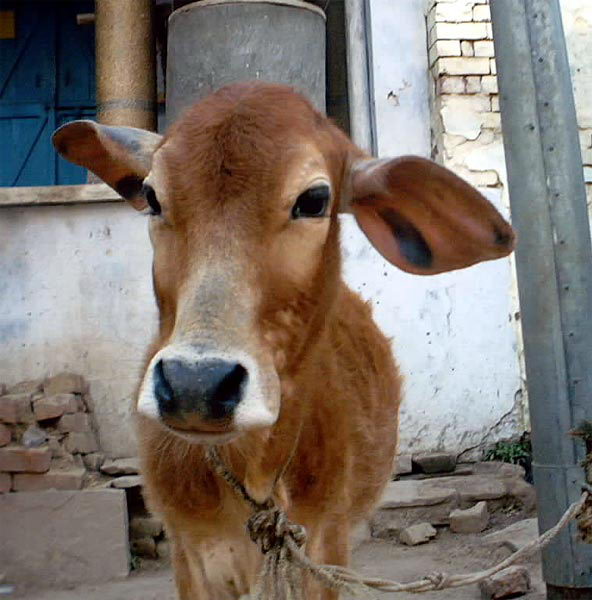