They discovered that the 30-km zone, since being evacuated by all humans after the disaster, has become a wildlife preserve. Baker reported that mammalian populations were vibrant and species diversity did not appear to be reduced, in even the most radioactive environments. Baker also reported that during his visits large mammals appeared to be thriving such as wolves, moose, dear, wild boor and otters. He also said that diversity of flowers and other plants in the highly radioactive regions were impressive and equal to that observed in protected habitats outside the zone. Even the endangered black stork were more abundant in the 30-km zone than outside the area.

In studies of genetic effects on voles, small rodents from the area, he detected no birth defects or physical deformities from mutations.

In the NPR interview, Baker said the World Health Organization reports that 150,000 women who were pregnant at the time of the Chernobyl meltdown had elective abortions. However, the data for the children born to the women who did not have elective abortions who were pregnant during the same time period and in the same space did not show an elevated birth-defect rate.

Question: Do you feel the environment is more at risk from offshore drilling and burning fossil fuels, or running nuclear power plants? 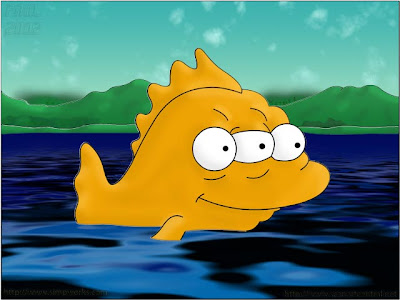 Blinky the Three Eyed Nuclear Fish from the Simpsons

5 thoughts on “A Nuclear Overreaction?”