Sometimes an auctioneer obtains a deal and then gets ambushed. That appears to have happened to both Cincinnati Industrial and Great American Group of California who both ended up with Davenport deals at the same time.

Cincinnati Industrial has the Southco auction, which is a collection of fastener and screw machine equipment which Southco deemed surplus as they move manufacturing to the Far East and other domestic locations. The Southco machinery is not hooked up. It is sitting in a huge warehouse near the Philly airport with cleaning equipment pushed next to the threaders and secondary equipment.

The Great American deal is a liquidation of 20 Davenports from AMETEK Inc., of which are in the 1990s. They are asking $30,000 each for the newest machines. All of the Davenports are 9/16” capacity.

With 42 Davenport screw machines coming on to the market at the same time, neither party is likely in the mood to party. 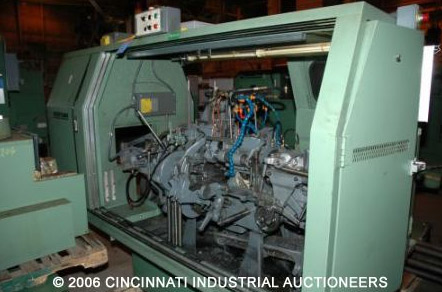