My hands are wickedly chapped from washing them so often. So far, they are my biggest casualty of COVID-19. Does anybody out there have a cure–not for the virus, but for my raw palms and fingers?

Until yesterday I did not know anybody who had contracted this virus. Unfortunately, a friend who is a doctor is now showing all of the symptoms congruent with COVID-19, but with the lag in testing results it is not confirmed. His doctor immediately prescribed hydroxychloroquine (the anti-malaria drug) and the antibiotic azithromycin for him, though the FDA has not approved the treatment.

Because President Trump praised its usage and Dr. Anthony Fauci, his chief medical consultant, cringed on national TV, these drugs have become a political issue.

Unfortunately, doctors are in a medical battlefield right now, without any thoroughly tested prescription remedy for this virus with so little history. Other than the pneumonia vaccine, which has a delayed effect, the anti-malaria drug and antibiotic is the primary approach currently available to augment a person’s natural immunity. To a layman, it seems absurd to argue over a treatment with a decent chance of working based on anecdotal evidence from France and New York City, and with few downsides.

Personally I think Rachel Maddow of MSNBC, who ridiculed the drug regimen because Trump touted it, would grab it if she came down with the virus. 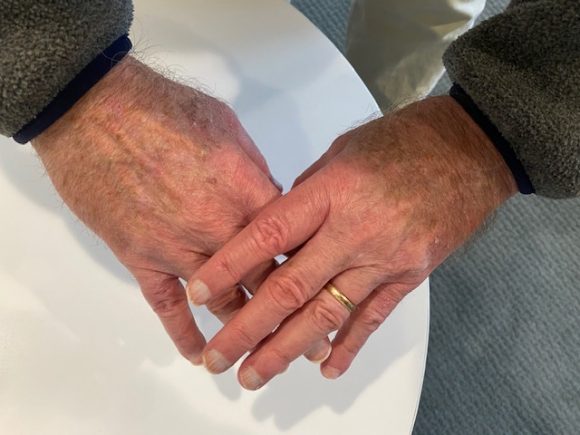 Like so many people, I have self-quarantined for almost 2 weeks. Our machinery business is in hibernation for now. Our shop employees are on temporary furlough, while the office folks work from home.

A surprisingly large number of our clients are working, though automotive is dead for the moment. Truck and Ag equipment is deemed critical as are medical and military. Guns and ammo, a significant part of the turned parts world, are selling like gangbusters.

It is fascinating to watch the improvisation of entrepreneurs as their normal business shrinks. Restaurants have switched to takeout and delivery. Bartenders are repackaging fancy cocktails in Mason jars for takeout. My wife’s educational therapy practice has moved online, using Zoom with great success, and medicine is quickly becoming “telemedicine” with patients afraid to visit offices.

General Motors and Ford have been asked to quickly shift into making respirators. I understand a firm in California, which is already running at full capacity, has given GM its prints so they can take advantage of its massive supplier base to get up and running quickly.

A client of mine has offered to machine a respirator part on a 5-axis twin turret lathe that is currently made from a casting. The castings are not available so they would make it from an aluminum blank. They won’t make money on it, but it will fulfill a critical need for the country. It’s what we do in America.

If I listen to a lot of cable news I get depressed, so I am limiting my intake. I vacillate between thinking COVID-19 is a world catastrophe of the first magnitude or a compressed influenza epidemic that we may be overreacting to. The flu kills 20 to 50,000 people every year in the United States. The bad thing about COVID-19 is its rapid spread without a vaccine. Unfortunately, New York City and Milan are being overwhelmed like Wuhan was in China.

But it is not the Black Plague that wiped out half of Europe’s population in the Middle Ages.

Will we be back to work by Easter like President Trump predicts? I doubt it. But I do think I will get to root for the Chicago Cubs yet this season.

How do you cure chapped hands?

What is your business doing during the pandemic?