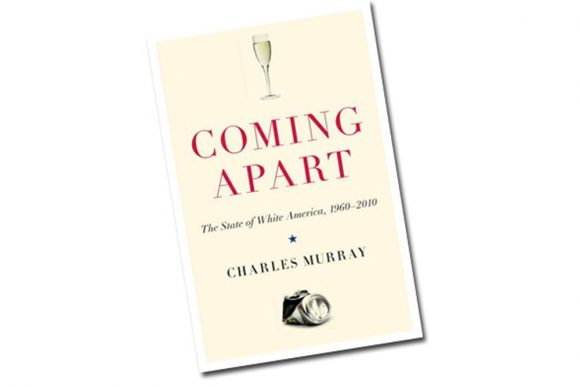 I am on vacation for a week. I thought rerunning this column by Jerry Levine from four years ago would give us an insight into the rise of Donald Trump and the impending dissolution of the Republican Party. I invite your comments.

David Brooks of The New York Times writes, “I’ll be shocked if there is another book this year as important as Charles Murray’s Coming Apart: The State of White America, 1960-2010.” Murray writes, “For most of our nation’s history, whatever inequality in wealth between our richest and poorest citizens, we maintained a cultural equality known nowhere else in the world—for whites anyway.” But now, cultural inequality is becoming an insurmountable chasm.

Murray studies only Whites to avoid adding racial inequalities to the mix. He is just reporting what happened, not speculating why. He believes that starting with Lyndon Johnson’s “War on Poverty” and other social changes that began in the mid to late 1960s (which brought about positive changes: civil rights, women’s movement; and negative changes: drug culture, increased crime, watered down school requirements) our society began to polarize culturally.

In 1960 the phrase “American Way of Life” referred to a culture of shared assumptions about central American values involving marriage, plain spoken honesty, hard work and religion. Fifty years later that common culture has unraveled. We have a new upper class with advanced educations, often from elite schools, sharing tastes and preferences that set them apart from mainstream America. And we have a new lower class characterized not necessarily by poverty, but by withdrawal from America’s core cultural institutions.

Murray identifies two culturally and geographically isolated demographics. In Belmont, the fictional name Murray gives to the town where the top 20 percent live, divorce is low, the work ethic is strong, religious observance is high and out of wedlock births are rare.

While in Fishtown, where the bottom 30 percent live, these values have all collapsed, marriage rates are low and out of wedlock children living with single moms predominate.

Murray believes 1960s social policy fundamentally changed the signals and incentives facing low-income people and encouraged trends that soon became self-reinforcing. Some of Murray’s thinking helped lay the groundwork for President Clinton’s 1996 Welfare Reform Act which stiffened welfare requirements, and then to the surprise of many on the political left increased employment rates.

Also, I believe the women’s movement, which Murray deems a great societal positive that unleashed the talent and creativity of half the population, had the unintended consequence of downgrading working class males. In 1960 WC males, while not earning as much as UMC males, were still the family “breadwinners.” They were relied upon as the sole financial support of the family and took their financial and parenting responsibilities seriously. Fifty years later men may not even be the primary wage earner in two income families, and with the proliferation of single parent families (almost always with the mother), the men are becoming superfluous. This mortal wound to the male psyche may be irreversible and may explain why WC men are becoming less educated less employable. Deloitte and the Manufacturing Institute recently reported that nationwide 600,000 manufacturing jobs are going unfilled because applicants are unqualified.

It’s well known that children of single parent families often do not fare as well in early and later life as those from two parent families. Single moms know that too, but as Murray quotes from his many interviews with Working Class single moms, “I don’t want to marry a loser. Why take on another child?”

Many social scientists say the cause of the collapse of WC men is the economic turn-down and the effects of globalization. But the economy turned downward almost two decades after the cultural changes began, and the downturn only added to the existing trend.

At the end of the book Murray seems very pessimistic and presents no acceptable, practical solutions. Brooks recommends a universal National Service Program which would force members of the upper and lower tribes to live together, if only a year or so. The cross fertilization of values and practices and institutions that lead to achievement would be invaluable. The Belmont residents “need to preach what they practice.”

Charles Murray explains his correlation between a decline in marriage and social decay in White America.