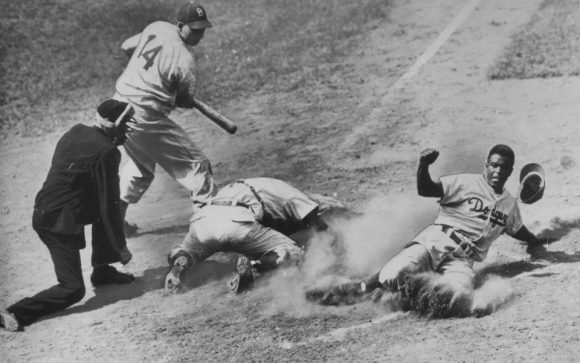 Ed Howard was a star player for the Jackie Robinson Little League team that went to the Little League World Series in 2014. Last week, the Chicago Cubs picked him in the first round of the major league baseball draft. He was the number 16 pick overall, and it was the first time the Cubs have ever picked a Chicago player high in the draft.

The symbolism of an African-American from that Jackie Robinson team becoming a future Cub is powerful for me. As a boy, I went to Wrigley Field with my mother, an avid Cubs fan, to see the Cubs play the Brooklyn Dodgers when their best player was Jackie Robinson.

Jackie came up to the Dodgers in 1947 to break the color barrier of Major League Baseball.  When I was 11 years old, I did not understand segregation in sports, but I do remember my excitement over the Cubs bringing in Ernie Banks and Gene Baker in 1954.

Drafting Ed Howard during this period of racial unrest in America is a reminder of the change I have seen in this country in my lifetime. Howard was considered the best shortstop prospect in the 2020 draft, but I believe the reason Theo Epstein and the Cubs picked him is because of the symbolism of getting a hometown black player from that Jackie Robinson Little League team which had captured the imagination of the city of Chicago.

If Howard has just a hair of the charisma Jackie Robinson had, he will be a huge star for the Cubs.

I keep a giant photo of Jackie hanging in my garage, so every day that I leave the house I see Robinson stealing home against the hated New York Giants with the umpire calling him safe. Although I love baseball, it is the only baseball picture I have hanging in the house. I still have a bat signed by Ernie Banks, but that photo is the most significant sports memorabilia I own.

Race and sports and their interaction have been threads that have helped define me during my lifetime.

I watched the greatest football player who ever lived, Jim Brown, from his days at Syracuse University to his incredible career with the Cleveland Browns. I was shocked when he retired from the game while still at his peak, also a huge sports memory.

In basketball, probably my greatest memory is rooting for the unknown Texas Western team as they defeated University of Kentucky for the NCAA Championship in 1966. Adolph Rupp coached the Kentucky Wildcats, who wouldn’t have a black player on the team until 1969. Texas Western was the first college team with five black players in the starting lineup, led by Hall of Fame coach Don Haskins.

I have lived a lifelong struggle with my own gut-level feelings of racism, fighting with my feelings of kinship with black people as a Jew and an American, trying to live up to the ideals of my religion and country.

Jackie Robinson always will be my greatest sports hero. Here’s hoping 18-year-old Ed Howard, who went to high school a few blocks away from my childhood home, will become worthy of my walls and my cheers.

Question: Is baseball dead to you?