There’s a Haas in the House 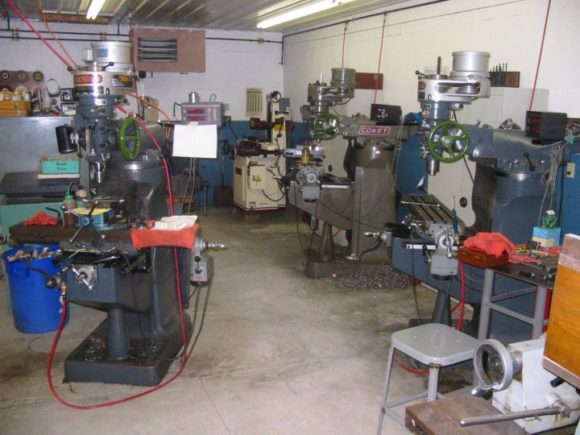 One reason I continue to push the boulder uphill in a small business smack-dab in the middle of the industrial economy is that I get to hear the stories of so many people who have decided to start their own businesses in 2022. I cannot remember a time when I had the opportunity to connect with so many starter uppers.

If you read or listen to the mainstream media you would probably miss the epidemic of startups in post-pandemic (we hope) America. I think the COVID-19 phenomena which exiled so many people to the solitude of their homes probably ignited the movement. A lot of people asked themselves when they were separated from offices, associates, and bosses, “Is this all there is?”

Commuting was such a time sucker. Now regimented hours seem unnecessary, outsourcing resources are everywhere, and the Internet connects you to a world of other people thinking the same way.

For many, the seeds of work Independence germinated in the isolation of COVID fear and then sprouted when the economy opened up.

Many people moved to less expensive locations, freeing up start-up capital and, equally important, spurred the confidence to be a pioneer in a new home with new friends and neighbors.

Supply chain problems, particularly with Asian goods, moved bigger companies to search for alternate sources. China’s militancy spread fear in the US and cast doubt on its long-term reliability as a supplier. President Xi moved to squash entrepreneurship, which cast more doubt about the country as a partner. Once a dictator takes these steps in such an interconnected world, it is hard to reverse course.

The semiconductor shortage hobbled big auto companies, but the move toward electric cars provided new opportunities for people working from their homes or in association with others with similar desires to work independently. Tesla reached out for suppliers who were not already wedded to big automotive companies.

The stories we hear in our small segment of the precision machining business fill in some details. We hear from people in their thirties and forties who have worked in shops for several years. They have seen what works and what doesn’t. They have a barn or a garage and have saved enough money to buy a CNC lathe, maybe a Haas mill they can imagine paying off in a year. In many cases, their current employer has overflow work that they are happy to have them run. A second income often is a cushion for startup couples.

The traditional mainstays of the precision parts industry — automotive, military, aerospace, oil and gas — are generally not providing the bulk of the start-up work today.

We now find guns and ammunition are often a staple of start-ups. A complement to that is medical-related parts, which are always in short supply.

I wonder if this unusual confluence of events, a pandemic, a real-estate boom, skilled labor shortage, supply miseries, and risk-taking Millennials, will continue to fuel a long-term start-up boom in America.

I doubt inflation will kill it unless the feds get crazy raising interest rates. Bungling politicians have probably helped sustain it by making life difficult for big companies.

We had a burst of start-ups after WWII, the Korean War, and the start of the Internet surge in the 1990s. It is shocking to see the 250-year-old United States become a start-up nation, but it really is happening.

If you were going to start a new small business, what would it be?