The Hole in China’s Apple 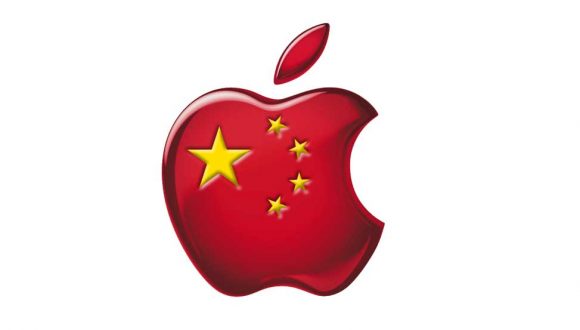 A tiny gecko can literally climb up sheer glass.

A team of robotics geeks in Denmark thought, wouldn’t it be cool if we could mimic the gecko in a robot’s gripper? Wouldn’t that be a great product?

They accomplished just that and started a company in Odense, Denmark to sell their gecko gripper, called OnRobot.

Odense, home of Universal Robots, is the robotics incubator of the world. Poetically enough, it is also where Hans Christian Andersen wrote his fairy tales. The gecko gripper concept grew from a research paper written at Stanford University in Palo Alto, which was picked up by NASA as having the potential for retrieving satellites in space. The folks in Odense saw its potential.

Would this have happened in Shanghai?

Recently, things have become quite ugly for China after 30 years of almost unimaginable growth. The Chinese leadership, starting with Deng Xiaoping, has been almost maniacal in pushing growth in China.  With shrewd planning, an industrious and hungry population, heavy borrowing, and a knack for stealing and copying the hard-won knowledge of their competitors in the United State and Europe, they have continued their ascent.

Shanghai is not Palo Alto, California, or Odense, Denmark. Companies like Huawei and ZTE have become electronics giants in recent years by developing copycat products based on intellectual property theft and industrial espionage while playing footsie with bad actors like Iran. This has been abetted by the Chinese government, which has afforded them immense lending resources as part of China’s extraordinary rush to catch up to the United States and ultimately surpass America in almost every way possible.

The Chinese leaders did not have time for the kind of entrepreneurial organic growth of a Universal Robots or OnRobot. They wanted to leapfrog the agonizing trial and error and market flops that little startups have. So Huawei and ZTE and countless other firms stole their way to the top.

They did not have to try that hard to do it. Many large firms virtually handed the Chinese their intellectual property in exchange for market opportunity. Apple’s current falling earnings are a direct result of weakening iPhone sales in China as their competitors are making nice copies for half the price. The only edge Apple has left is their high-class brand, but that apple is now more than half eaten.

Apple was not naïve about China. Its gamble was that they would make billions of dollars in China before the intellectual property theft really bit, and then they would use that money to fund research which would net the next generation of killer phones or some other monster product.

The Chinese leadership’s gamble was that the American leadership would make the same short-range gamble as Apple. In exchange for gaining lucrative markets for America’s relatively cheap commodities, the U.S. would allow intellectual property theft without retribution and the looting of the American and Western European industrial complexes by subsidized ones in China. For example, the Chinese steel industry has grown to be by far the world’s biggest, and yet it is hopelessly inefficient, as the government has run it as a make-work project for hundreds of thousands of workers.

The Trump tariffs on steel and aluminum have hurt American companies who use the materials, many of whom are our customers, as well as the Chinese. The Huawei case in which the founder’s daughter is the mouse who was caught in the trap in Vancouver, Canada, is as clear a signal as America can send to China — that things finally are changing.  It is starting to get uncomfortable for both the U.S. and China as the stalemate continues to bite.

Both countries have a huge amount at stake in the trade talks going on right now in Washington.  Shanghai is not Palo Alto.  It is not Odense. What is being exposed to the world at this moment is that despite the enormous growth in China over the last 30 years and its overarching ambition to surpass America in every way, it is weak at its core. It can be seen as similar to Japan in 1990.  Many futurists saw Japan surpassing the U.S. at that point, but despite America’s missteps, like the Iraq War, it did not happen.

China does not innovate. It mostly copies and steals intellectual property.  Its education system does not produce risk takers.  Nonconformists often end up in jail. I believe the top leaders in China understand this is a profound weakness, but it is extremely hard to address it because doing so would undermine the soft foundation of the country — economically, socially, and politically.

I think Donald Trump, the New York real estate developer and gut puncher, gets this. The amiable Bushes, Clinton, and Obama seemingly did not understand China’s basic weakness and refused to play the strong hand that they had.

The big question ahead of us is will Trump play his strong hand too aggressively and screw up the world economy, or will he find a path to a compromise? The Fed’s recent pullback on interest rate hikes was its statement that they are worried that the whole poker table might collapse.

Question: What copycat or knockoff products have you purchased?