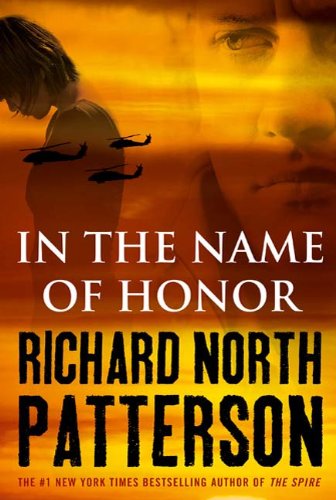 Richard North Patterson is one of my favorite authors, though I often find his novels hard to finish. He doesn’t just write a story, though he is a wonderful story builder and teller. He lays out a problem—one that has no easy answers—and then illuminates it from several points of view.

He doesn’t make it easy for the reader. He challenges the reader with a variety of logical yet conflicting views. In the Name of Honor, his most recent book, plumbs the knotty issue of the court martial of a decorated soldier who kills his former commanding officer, the husband of his lifelong friend and now lover, after both the men have come back emotionally scarred from tours in Iraq.

The salient issue that Patterson elegantly dissects in In the Name of Honor is whether post-traumatic stress disorder (PTSD) is a persuasive defense in a murder case. Patterson depicts confessed killer Brian McCarron as the “straight arrow” son of military heroes, brought up in a world of expected military service. Brian had been wounded early in life by the suicide of his mother and the “respect-hate” relationship with his war hero father, General Andrew McCarron, who arranges for Paul Terry, a superb defense lawyer about to leave the military, to defend him.