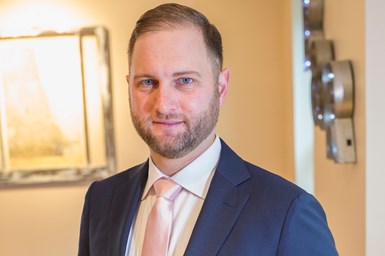 Robert Bunting follows in the footsteps of his grandfather and father with his appointment as Bunting’s president and chief executive officer. Robert succeeds his father, Bob Bunting, in overseeing the continued growth of the global Bunting group. Bob Bunting assumes the position of Chairman.

Founded in 1959 by Walter F. Bunting in Chicago, Illinois, the company has remained family owned and family operated ever since. Walter’s son, Bob Bunting, served as president of the company since 1993 and oversaw an international expansion of the company.

Robert Bunting earned a bachelor’s degree in business management at Rockhurst University in Kansas City, Missouri. He joined Bunting’s Elk Grove Village magnet sales team in 2007. In 2009, Robert moved into external sales covering the Illinois and Wisconsin areas, and focusing on material handling, metal detection and magnetic separation. He has also served as a global product manager for metal detection and general manager of Bunting-Elk Grove Village in 2016, including the online retail website BuyMagnets.com.

“Bunting’s position as a successful, well-respected global business is due to the tireless work of my grandfather and father,” Robert says. “Despite being located on different continents, the Bunting Group is one company, and all our incredible employees are fundamental to our success. We have developed strategic global partnerships with suppliers and customers, which I aim to support and expand. I am both excited and honored to be entrusted with taking the company forward as president and CEO.