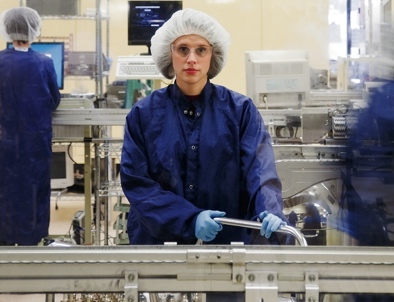 The news that Japan will show a net deficit in trade for 2011 is another signal of a shifting economy that currently favors North American manufacturing. Europe is in a mess, and with the Euro still hanging in at $1.30 and no real structural changes yet, it is also losing competitiveness.

The Mori Seiki plant now being built in Davis, California, near Sacramento is a clear sign of the sea change happening now. Equally significant is Honda’s announcement that it will be building its first Acura in Ohio in three years.

Mori plans to build 20 percent of its production in the U.S. and interestingly, 20 percent in Europe, indicating that its partnership with DMG appears to be working. With Mazak entrenched in Kentucky, I am expecting Okuma to once again manufacture machines in the U.S. They used to produce in Charlotte, which has quietly become one of the machine tool centers of America, and it would make sense for them to start building in that neighborhood again.

Would it be a stretch to see companies like Citizen, Star, even Doosan and DMG begin production in North America? Romi of Brazil, which made a pass at Hardinge, is another candidate. And when is Hardinge going to finally move out of Elmira?

I highly recommend Adam Davidson’s cover story on manufacturing in the current Atlantic. Davidson is one of the finest economic journalists around today, and this piece is one I wish I had written. He wrote about the people of Standard Motor Products, a manufacturer and distributor of after-market automotive products, based in New York City with a big plant in Greenville, South Carolina. It is run by Larry Sills, 72, third generation of the founding family, but publicly held.

I loved the way Davidson focused on Maddie Parlier, a 22-year-old “level one” operator working in the clean room of the company’s fuel injector assembly line, and 27-year-old Luke Hutchins, a “level two” operator who oversees a 7-axis Gildemeister turning center.

Maddie has worked for the firm for three years and is considered a topnotch employee, but she is held back by lack of sophisticated education. Pregnant at 17 in high school, she had to forgo college to work and take care of her baby. As much as she would like to enhance her training now, she cannot afford the time away from her job and child. So she is stuck, and worried that a robot might take her job. And it could happen, if demand picks up enough to justify the capital investment by the company.

Hutchins, the Gildemeister operator, had the family backing and the time to choose his career path. He went to a four-year college, taking biology to become a dentist. He got bored and then thought he would follow his mother’s career path in radiography. Then a friend told him he could made $30/hour if he learned to run complicated machine tools, so he shifted gears and enrolled at Spartanburg Community College where he took a lot of math and learned CNC programming.

Now he is a key guy at Standard Motor in Greenville and doesn’t worry about his job.

I strongly recommend that you read this piece and share it with your friends and family. Even if you know and live this stuff like I do, you will still get a lot out of the article.

The Peyton Manning-Indianapolis Colts-Andrew Luck drama is one of the most fascinating sports, business and human stories to come along in a while. Manning, probably the greatest pro-quarterback ever, sat out this season with a neck injury. The team went 2-14 giving them the #1 draft pick, almost surely quarterback Andrew Luck of Stanford.

Luck, whose father played in the NFL like Peyton’s Dad, Archie, could be the next great NFL quarterback. But – maybe he’ll be Ryan Leaf instead. Manning will require $28 million if he comes back to the Colts. But he’s 36 and recovering from surgery and a stem cell procedure.

If you were Manning, would you play again? If you were Jim Irsay, owner of the Colts, would you risk $28 million on him? If you were as good as Luck, would you want to apprentice to Manning for a few years like Aaron Rogers did with Brett Favre?

In business we are often faced with tough calls about bringing in the “next big thing” and letting go of the “horse that brung you.”

Question 1: Would recruiting as is done for high school athletes work for recruiting new manufacturing talent?

Question 2: Would you release Peyton Manning if you owned the Colts?