Is It Time to Change Presidents? 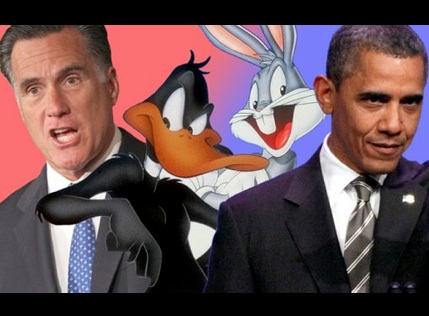 A little piece about politics today.

This is a fun election coming up, because it’s going to be close and brutal. The Super PACs are going to chew up both sides and leave them for dead. Politics ain’t beanbag.

The Presidential race is what I am wrestling with. I voted for Obama in 2008 because I wanted to see a black President in my lifetime and because McCain, who I preferred as a candidate, was stupid and desperate enough to pick Sarah Palin to be his running mate. Today, I am undecided.

Obama’s record is a mixed bag, for sure. He made bad choices when he took office by allowing the Congressional Democrats free reign to blow untold billions of dollars on pork. Then the Republicans took a hopelessly negative counter response.

On the other hand, he passed a health care law that has the potential to improve life for a lot of people. We do not know the cost, but I am taking a wait-and-see attitude on this one. The Supreme Court may overturn it, which could give the next Administration a chance to make it better.

Obama passed the Jumpstart Our Business Startups (JOBS) Act, which helped business, and despite a lot of bad things happening, the economy has improved a lot. If we ask the simple question, “Are we better off now than we were four years ago?” I can absolutely say, yes. Economically, the country is far better off.

The controversial U.S. automaker bailouts must be considered a big success. GM and Chrysler are doing well. You can be an ideologue and complain, but in reality the attempt to save the auto industry worked better than anyone expected.

Mitt Romney is a disappointing Republican candidate, as he isn’t the mobilizing charismatic symbol of change that we need. He is an unauthentic technocrat, but he has a great record as a doer, which I respect. He has a completely different vibe than Obama, who I would love to shoot hoops with. Romney seems like a Mormon Al Gore.

I really want to vote Republican in November – I believe in business and in an efficient, smaller government. The Social Conservatives scare me about as much as the Leftists and Greens.

So, as of June 1, 2012, I am officially on the fence for this election. Obama is weak but Romney has no vision and seems to lack commitment to a single set of political principles. He is against the health care legislation he fought for as Governor of Massachusetts.

Normally, I like gridlock in Washington, but the vicious partisan gridlock we have now is pernicious. We need a grand compromise on spending reductions, including the military budget, and shared pain on taxes. But neither guy nor party seems to have the guts or leadership to get us where we need to go.

I am waiting – probably right into November – to make up my mind. How about you?

Question: Is the United States better off today than it was four years ago?