A few years ago every time I got together with friends the conversation touched on stock prices. Then it was house prices. If I was talking with a woman it gravitated to diet and exercise. Now everybody wants to talk about jobs, and why their kids can’t find good ones, and what should their grandchildren learn to be able to make a living in 10 years.

This is actually a topic I’ve thought quite a lot about—not as much as baseball—but enough to blog like I know something.

1) Globalization affects everybody and it is not going away. Your X-ray is being read in India. This Web site you are reading has been prepared in part by an outsourcer in the Philippines. Your coffee came from Ethiopia or Peru or Indonesia. I’m selling British made screw machines to companies in Brazil, which are making product for Chinese auto companies. This connection will become more profound in the coming years. Kids need to get in step with the trend. Look for every opportunity to get your children to learn foreign languages at an early age. And it does not need to be a popular one—Chinese, Hebrew, Swedish, Czech, Portuguese, and German can all be useful. Having a world perspective at a young age is a big edge. I believe the Mormon mission experience gives the Mormon kids an edge because they have to do something hard in unfamiliar surroundings for a year or two before resuming a normal life in the States. The Israeli kids who travel for a year after military service get a similar boost.

2) You have to do something really well to get paid well. The gold standard is 10,000 hours of practice. Malcolm Gladwell discussed this in his book The Outliers. He used the Beatles as an example. They labored in little clubs in Germany for five years honing their sound and skills before going back to England for fame and fortune. There is no substitute for the experience of doing things badly, and gradually improving. It’s why we have minor leagues. Look for good supervision and don’t be afraid to jump ship to expand your knowledge.

3) Get yourself known. Network like crazy. People like to hire the people they know or their friends know. And it may have nothing to do with credentials or professional expertise because the perception of a good work ethic and ability to play with others often trumps resumes or skills. Go to conferences, lectures, book signings. Join a singing group, a flag football league, a charity—anything that gets you connected with more people.

4) Be willing and eager to freelance. This is the “new work.” I look at our small used machinery business and Today’s Machining World. We use a freelance National Acme rebuilder, a part-time Hydromat specialist, part-time machine cleaners, a freelance art director, and a half-time editor. And then add me to the list—as a part-time article writer. We are living in the gig world, the project-hiring world. The world of no company health insurance. Adjust to buying your own.

5) Learn to live with lean. Productivity improvement is endless in business. Less is more. Automation, doubling up tasks, outsourcing, downsizing, working from home. This is the trend and it will continue to proliferate. Financial institutions, government, the Post Office, have been late to this game, but they are being forced to catch up fast by economic reality. One of the main reasons the press is so gloomy is that New York and Washington have been spared the productivity ax until recently. Now that it has hit the financials and government it has become real to the Wall Street Journal, NY Times and NPR, and soon even the elite colleges. Education, the Post Office, and the government are just starting to be struck by the job ax.

But this trend also offers an excellent work opportunity for the people who can efficiently deliver things, for banks that treat people like human beings, and for improving the quality and productivity of educational efforts. Today’s schools are failing students and communities. It will be an enormous opportunity to add value and get paid for it in the coming decade.

This blog is an introduction to the topic. I welcome your observations and suggestions for kids and adults who want and expect to add value with work in the decades ahead.

Question: Would you want your kids to pursue a career in the manufacturing industry? 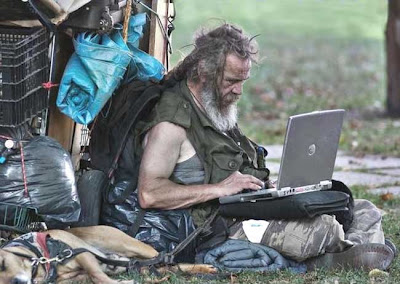 9 thoughts on “It’s All About Jobs”