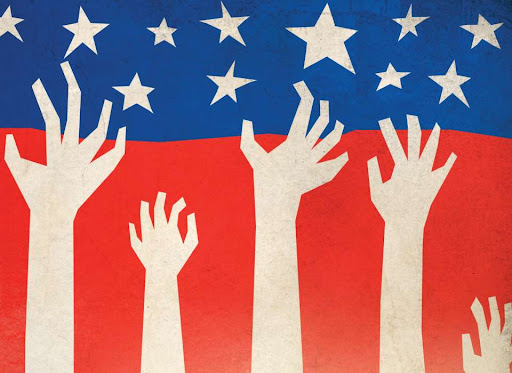 I just watched Ken Burns’ new documentary about the role the United States played in the Holocaust.

In 1960, my life changed when I read the book and saw the movie, “Exodus.” The film, starring Paul Newman and directed by Otto Preminger, brought the Holocaust to life for a 16-year-old boy whose main interests were playing basketball and trying to understand girls.

The story of the Holocaust, which had ended just 14 years earlier, became a powerful influence in my life. The movie was a fictionalized story in which Newman portrays a young refugee in World War II fleeing by boat to Palestine. The story takes place just before Palestine became the new Jewish homeland for the remnant of the nine million Jews who lived in Germany, Poland and the rest of Europe, who since 1932 had been systematically murdered by Hitler and his followers.

I was incredibly naive in 1960. My parents never talked about the war in Europe and the Pacific. Their stories were about starting a screw machine shop in 1941 to avoid the draft. Making bullets and gun parts was how they fought the war. That was enough for me until I saw Ari Ben-Canaan, the name Newman’s character adopts when he changes from refugee to Israeli freedom fighter. We named our first son Ari, incidentally.

Israel became a consuming interest for me, and the Holocaust became more real, but the horror of six million Jews slaughtered was beyond my grasp.

The power of film gradually started to penetrate my psyche. When I went away to college, I watched the German film masterpiece, “Triumph of the Will,” by Leni Riefenstahl, Hitler’s girlfriend. It was chilling and powerful, giving me a sense of how a country could be transformed by brilliant propaganda into an evil killing mob.

I read The Diary of Anne Frank and saw one of the several movies portraying the story of the family in hiding in Amsterdam. Eventually, my family would walk through the house and see the hiding places.

Yet I was still so naive. I was an American. I always felt free and unthreatened despite encountering anti-Semitism on rare occasions.

As I think about it now, my interest in the Holocaust was so shallow, pathetically single-dimensional. But how does anybody who lived in the United States all of their life possibly have any real sense of gas chambers and crematoriums.

In 1998, my wife, Risa, decided to go on a tour of Poland with a friend that would attempt to bring to life pre-war living for Jews. I chose not to go but then went to Poland on a business trip and joined the group on their bus ride to Lublin and the Magdanek concentration camp directly adjacent to the city.

It was December, and it snowed while we rode the bus from Krakow.

When we finally arrived late in the day, everyone filed off the bus. I stayed, trying to grasp the moment of actually being at a concentration camp, a killing center, across the street from modern Lublin.

I left the bus eventually. Everybody else had gone in. It was snowing and cold. I took off my coat, my sweater, my shirt, and then my undershirt. I stood next to the bus, feeling the snow and cold on my skin. After a few minutes, I put my shirts and coat back on and walked into the main building. I read some of the names of the prisoners, looked at the tiny bunk beds and then walked into the shower area where the poison gas was fed through the shower heads. It was so plain, so sterile, so overwhelmingly terrifying.

And that is all I remember, except getting back on the bus and heading to the hotel. The memory of the shower heads still haunts me in my dreams.

I separated from the group and continued my business trip–I think. I can’t really remember much of anything else. Not too long afterwards, our whole family spent two months in Israel when the Millennium was celebrated.

Now we have the newest Ken Burns documentary about the United States during Holocaust. It is definitely worth watching. Grim, and informative. America took in 225,000 Jews after 1933. The State Department sat on its hands. In the ‘30s and ‘40s, the country did not want immigrants. Anti-Semitism was strong.

It is appalling. Six million Jews were killed. That is the equivalent death toll of September 11 happening every day for four years.

The Holocaust story is a major piece of my lifelong memory. And what does it matter in 2022? Who really cares except for the few survivors and the relatives?

Question:When have you been discriminated against? How did you handle it?

How to Get the Most From a Trade Show, With Will Healy III (Part I)–EP 163