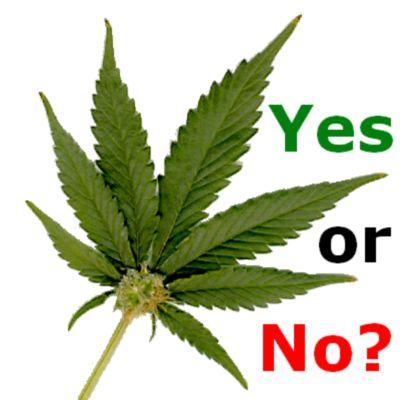 The big push is on all over the country to legalize recreational marijuana. My gut reaction is that I am appalled, but I’ve been reading up on the topic to see if I am just an old fuddy-duddy teetotaler or if there is a good reason to oppose and fear it. It also has real ramifications in the machining industry with hiring decisions. Will drug testing for cannabis become obsolete or forbidden?

Since Canada has legalized the sale of marijuana, as have states like Washington and Colorado, pot has become hot. Canadian pot companies like Tilray have gone public and their value has gone up tenfold in a matter of months. Tobacco companies, beer and wine behemoths, and investors like Peter Thiel, who made billions on Facebook, have bet big on Canadian cannabis. Politicians and lobbyists in every state have joined the frenzy to rack up loot on pot.

If you are an agnostic speculator it may be a dream come true.  If you’ve made your fortune on booze or cigarettes why not get in early on a potential legal addiction play? But if you aren’t in the addiction business why should we make it easy for my 13-year-old granddaughter to vape, or to snack on cannabis brownies after school?

In recent days, writer Malcolm Gladwell and former Wall Street Journal reporter Alex Berenson, now a successful mystery writer, have come out with prominent pieces discussing the dangers of marijuana usage.  Both men sound the alarm about the relationship between pot usage and violent behavior.

The statistics in Washington State, Finland, and Denmark definitely point to an increase in reported murders and other violent crimes after the drug was legalized. Is murder unequivocally associated with legalization? No, but analytics point in that direction. The published literature appears to show a distinct relationship between increased instances of schizophrenic and bipolar people acting out violently after using marijuana. This may account for the significant rise in the criminal violence stats.

Another concerning trend is the widespread breeding of marijuana plants to yield a much higher content of the compound THC, which is much more potent than the garden variety bootlegged for so many years. These designer compounds have been touted for the amelioration of nausea in chemotherapy patients and potentially for therapy for Alzheimer’s, depression, Parkinson’s, and other maladies.

There does appear to be evidence that there is a medical rationale for cannabis use, but Anheuser-Busch and the Marlboro Man are not investing in pot companies to stop patients from shaking.

The intersection of mental illness, marijuana usage, and violent behavior is probably the most troubling aspect of the legalization of cannabis.  But as a business person, I am fearful of the widespread use of pot by potential employees in a legalized world.  I know a lot of people use pot now, knowing that the penalties for usage are a slap on the wrist in most cases.  However, if it is illegal, there are a lot of folks who will not make the extra effort to obtain a verboten substance that may harm them.

To me, the bottom-line question is:  What good does it do to legalize it?  Cash-starved states like Illinois might get substantial revenue from taxing it, but is that a good reason for sanitizing it for 13-year-olds by removing the stigma of illegality? In the political frenzy to legalize it, the talk about pot being a gateway drug to even more-addictive drugs like heroin or opiates has quieted.  It does scare me that giving millions of people access to it in vaping parlors could be a public health disaster in America.

Why should we do this?  Give me a good reason why it would be good for you or your children – or the country – to legalize the stuff.

Question:  Why should we legalize pot in the U.S.?