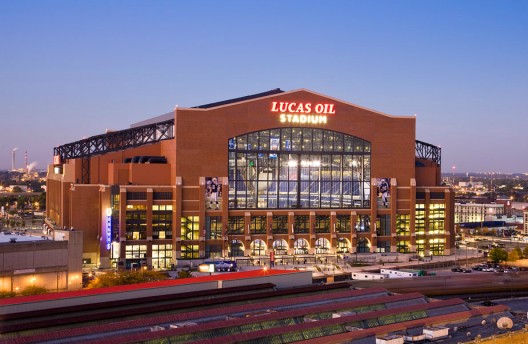 The New York Giants won the Super Bowl on Sunday and certainly enhanced the NFL brand and the Eli Manning brand. But the real marketing coup goes to Forrest Lucas, who owns the privately held Lucas Oil Products Inc., the name on the stadium where the game was held. The stadium also hosted the 2010 NCAA Basketball Tournament Finals.

In an advertising contest where huge companies spend tens of millions of dollars, a shrewd guy with a relatively small company – around $150 million in sales – got enormous name recognition by piggybacking on America’s high holiday of football – the Super Bowl. In 2006, Lucas bought the naming rights to Indianapolis’s covered stadium, paying $120 million for 20 years. At that point the city did not have the 2012 game contract, but he knew it was making a bid so he ponied up an additional $1 million to help the city make the pitch to the NFL. It was a smart bet because Indianapolis has a superb reputation as a sporting event host, and he knew the stadium would host the NCAA Final Four in 2010.

Lucas started a business in the 1960s, renting out his 14 moving vans. He learned how to be a truck mechanic in order to keep his trucks running and tinkered with additives to extend their usable lives. He began the oil business in 1989 with his wife Charlotte in Corona, California.

The firm has only two plants, one in Corona and the other in Indianapolis. He employs 400 people. I know machining job shops bigger than Lucas Oil. Forrest Lucas showed us Sunday how smarts can give you leverage. Hyundai, Anheuser-Busch, GM, Coke and Pepsi spent mega-millions on advertising, but little Lucas Oil that makes transmission fluids got amazing name recognition for pennies.

Question: There were more than 10,000 tweets per second during Sunday’s Super Bowl. Has your business benefited at all from Twitter?