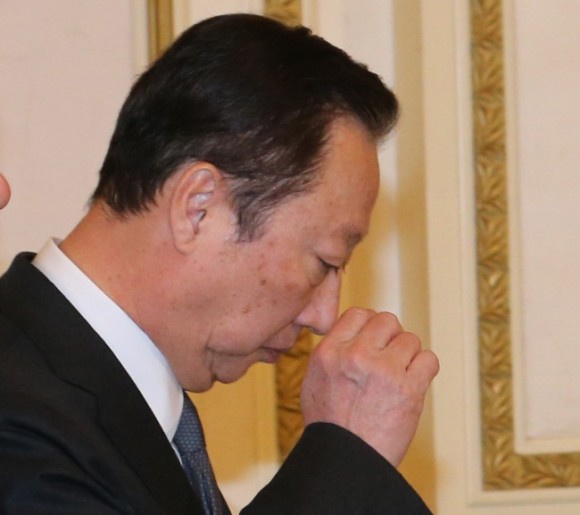 Doosan is a mess. The signs of Doosan’s current struggle are striking, even to a machinery dealer far from its Korean home. Beautiful 3 to 4-year-old machines are being auctioned off in Texas, Singapore and China with more to come.

The word came down days ago that Doosan Machine Tools is being sold to private equity firm, Standard Chartered of England, which has a strong recent history of doing deals with the Doosan Group. The deal is for $1.2 billion, well under the $1.7 billion asking price.

The machine tool division is one of the gems of the Doosan Group of companies. They sold it partly because they grossly overpaid for the Bobcat division of Ingersoll-Rand in 2007. They borrowed a ton of money for the almost $5 billion purchase, just before the worldwide recession hit. Their timing could not have been worse, and they have been struggling to cope with the debt ever since. This sale to Standard Chartered is the biggest bandage on the wound.

The construction slowdown in 2008-2009 hurt the company, but the machine tool division rebounded nicely as it took advantage of the commodities run-up worldwide. The oil boom in North America was a boon for Doosan. Its Texas dealer took full advantage, selling Doosan machines like they were boots and Stetsons.

Since 2005, when Doosan bought Daewoo’s machine tool group, they have become one of the pre-eminent brands in American manufacturing. But back in Korea they were pulling the heavy sled of the Bobcat debt, which culminated in the sale of the machine tool division.

One of the interesting aspects of the sale is the strange position of Ellison Machinery, Doosan’s new primary distribution partner in the United States.

Ellison had been the dominant dealer for Mori-Seiki before DMG decided to sell the brand direct in 2015. The company, owned by Mitsui Bank, made a quick pivot to pick up the Doosan line nationally. Mitsui has close connections with Doosan in Korea, so it looked like a skillfully arranged marriage. But today the marriage is suffering strains. Ellison has heavy commitments to take machines monthly from Korea and we hear they are struggling to digest them all.

After promoting the Mori line for many years it must be a bit difficult for Ellison people to go back to their loyal Mori clientele and promote Doosan. We also hear morale is down at Doosan’s American headquarters with K.Y. Lee, its popular leader, now gone from the firm.

Back in Korea, there was a huge layoff of staff after the company demanded everybody file for retirement benefits, so they could choose who to keep and who to let go.

Standard Chartered of England is buying a damaged company, albeit one with an excellent reputation for delivering fairly priced machinery.

The company’s success in selling into the oil boom is now working against it with $30 petroleum. In many respects Doosan is the poster child for the collateral damage of the commodities crash. Construction machinery faltered, sullying the Bobcat deal, and machine tools were hit by the destructive downdraft in 2015.

We hear that Lynx, a Korean company that makes machines sold by Doosan, is now looking for American distributors to sell its product because its  relationship with Doosan is in disarray.

In Korea, the Park family, which controls the publicly held Doosan Infracore Group, has come under much scrutiny, particularly after paying out more in dividends than the company earned in 2014.

Park-Yong-mann, a member of the founding family of the company that controls 44% of the stock, had been a hero when the company was really rolling, but with hard times comes critique. He had advocated a General Electric style of leadership, less autocratic than the norm in Korea. But then the tough times forced drastic measures like mandatory retirement, and he lost his popularity.

Doosan is still a superb machine tool builder, but 2016 will be a difficult test for the company and its new owner. Will the family leadership be pushed out by the private equity firm? Did they buy it to put it back together, then flip it? Private equity always has an exit strategy. Doosan users will be watching closely for the clues.

Question: Has the drop in commodities prices hurt or helped your company?