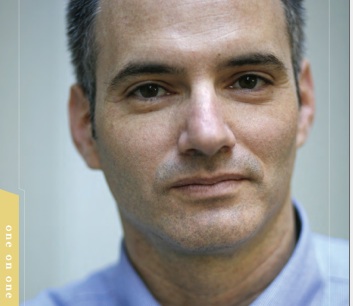 William Pizer is a highly regarded economist. At the time of this interview he was Senior Fellow at Resources for the Future, a think-tank in Washington D.C., which does research on environmental, energy and natural resource issues. From 2001-2002, he served as Senior Economist on President Bush’s Council of Economic Advisers where he worked on environmental and climate change issues.

What is a think-tank?
A think-tank is a place where people come up with ideas and then try to explain them to people.

How do think-tanks differ from one another?
Different think-tanks can have different ideology associated with them – like free markets, or protecting land, or education. They also differ to the extent to which they are in the research and educate mode. Some think-tanks come with a real agenda and they try to fi t research into their agenda. And some think-tanks do research and use the research to create an agenda. I think of Resources for the Future as being more of the latter.

When you worked for the Bush Administration did you agree with its environmental policy?
I wasn’t doing broad based policy work for the administration. I was very narrowly focused on energy and the environment. I got to be involved with a lot of the decisions they were making. The ideas that I came into the room with may not have been the ideas that won the day. They made the decisions that I think were consistent with their view of what was best for the country.

What did you think of the Kyoto Protocol?
The Kyoto Protocol was, is, on the one hand, a miraculous first step towards dealing with climate change. It’s amazing that as many countries were able to agree to it and that it’s been ratified by as many as it has been. It was also in a lot of ways a very poorly designed agreement – particularly from the U.S. perspective. The requirements on the U.S. were more onerous than they were on any other country because the U.S. simply grows a lot more than other countries.

Is climate change irreversible? Is it permanent?
It’s not necessarily permanent, but it’s pretty damn hard to change because the gasses that we’re talking about – once you emit them, they stay in the atmosphere for 100 years or more.

What are you most afraid of happening to the environment in the future?
It clearly is battling against other forces, mainly our continued thirst for natural resources. So there’s kind of a question about whether both the global population expansion and poor people’s pursuit of the basic necessities will erode the environment faster than the wealth accumulation allows people to purchase environmental things.

What is one thing you really love about your job?
I really like helping people understand stuff – whether it’s an environmental problem, an energy problem, a political problem, whatever. You’re helping them think creatively about something and hopefully in the process making better public policies.

If you could be a machine, what would you be?
Probably an airplane or a spaceship. The idea of traveling long distances and being a fairly sophisticated piece of machinery – that’s kind of nifty.

This article was originally published in the Sept. 2006 issue of Today’s Machining World