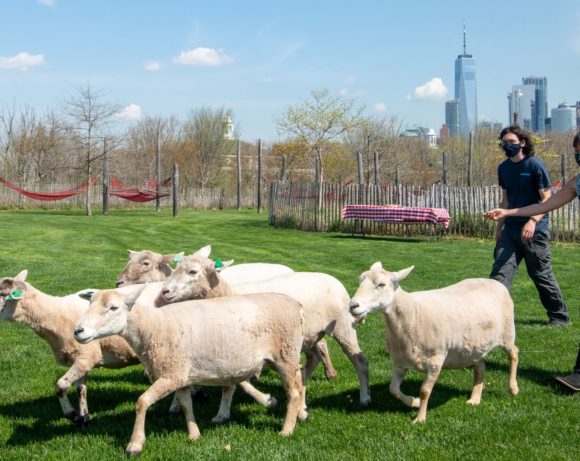 It would be funny if trillions of dollars of real people’s paychecks and savings were not the instruments of capital dumbness. I have saved a chunk of money over several decades and put a piece of it into the stocks of successful companies like Microsoft, Apple, and Costco, which are all thriving right now in the real world. But the hedge funds, banks, and pension funds that dictate the stocks’ value have been selling them by the billions every day, driving down their value even though these firms prosper and show every sign of continuing to do so.

The best answer I can give as a long-term observer is that they are SHEEP.

They read the same publications, employ economists who went to the same Ivy League schools, they attend the same kinds of meetings, and get paid handsomely to mouth the same erudite comments to bosses who answer to other bosses who might all be fired if they were contrarians.

Being different in a big institution is exceedingly dangerous. It can get you fired if you are wrong in the short term and fairly loud about it. If you are wrong like everybody else is wrong, your job is safe, even if that view turns out to be really really stupid.

What we see now is the Federal Reserve raising interest rates to combat the inflation that it promoted by keeping interest rates at absurdly low levels for several years. That promoted a home buying frenzy, which drove up prices at a crazy pace. The Wall Street herd then pushed up stock prices with the hedge funds borrowing at 3%. Then they would go short or long with options. Nice game if you pick up 20% of the profits. Just follow the leader.

The Russians attacked Ukraine, Volodymyr Zelinskyy did not run, the Europeans reluctantly stopped buying as much Russian oil and gas, and prices jumped like LeBron.

Then the ports, especially Long Beach, backed up with a work slowdown. The Chinese got hit by COVID and panicked like a California governor but worse. Then they suffered a drought that screwed up their hydroelectric power.

And, in the US, COVID depleted the workforce. Wages, especially for poor people who could work, rose to where they should have been. Unemployment fell to 3.5% and stayed there.

In my opinion, most of these unusual events will reach an equilibrium unless the federal government panics and absolutely floods the economy with dollars. It could take a year or a little longer to happen, but the Federal Reserve could not wait. Mortgages have now hit 6%, which has calmed the home market. Commodities have plummeted in price.

And the SHEEP on Wall Street have decided they must sell stocks now because a recession is here or coming.

If the Federal Reserve were to stop raising interest rates now, the Russians and Ukrainians decide on a winter truce, oil prices come down to three dollars for gasoline, and natural gas falls by half–all events which are quite possible–we will have no recession. The SHEEP would then pivot, and everyone would try to save face on Wall Street.

A perfect example of the SHEEP not understanding what is going on in the real world happened yesterday. Capital goods purchases rose 1.3% in August despite commercial aircraft purchases falling significantly. The SHEEP had expected a decline. The stock market fell because in the SHEEP’S world, good news in the real world is bad news, as it causes the Federal Reserve to raise interest rates aggressively.

In the short run, they probably are correct, but eventually that rare contrarian will shout to the world that this inflation is a temporary happening and we could easily be at 3%- 4% price increases without pushing short-term rates to 8%.

What should real people do? Stockpile flour and sugar? Move into a tiny apartment and rent out their house? Cancel Netflix? That is up to you.

Personally I am betting against the SHEEP and buying a little Costco stock. And the Cubs will win the pennant next year. Bet on it.

Are you seeing a recession right now?

Where are you putting your savings?