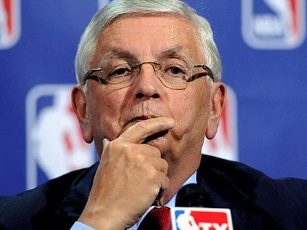 One of the more interesting parts of attempting to teach my son Noah the art of business concerns negotiating. It’s a topic of enduring interest because there is seldom a day when I don’t negotiate with somebody−a client, an employee, or a partner.

Lately, I’ve been reading the accounts of the messy negotiations between David Stern, who represents the NBA owners, and Billy Hunter, who speaks for the players union. From an outsider’s perspective it appears to be a botch for both sides, with everybody involved losing big−except the lawyers.

What I try to teach Noah and continually relearn myself is a lesson I learned from my father and uncle. “Always let the other person feel that they’ve won, because the relationship is more important than one deal.”

The reality is that often there is only one deal to be made with a particular client, but that really isn’t the point. You never really know when you will meet up again, but each deal helps establish your reputation in the wider world, and teaches you lessons.

As I talk to machining firms these days I am regularly hearing that big company buyers are now negotiating with the mindset that good suppliers are scarce assets, not interchangeable widget makers. The balance of power in the supply chain world has changed over the last year and the shrewd buyers of machined parts have recognized it.

One of the most important aspects of a negotiation is how time plays into it. We are watching that play out dramatically right now in the NBA talks because players have now missed their first big paycheck of the season, agents are missing out on rookie signings, and the owners are staring at a cancellation of the entire season.

When I negotiate a deal I always try to ascertain the time requirements of my potential buyer and withhold my own needs from him. By talking to a client frequently, not only can I often discover his time restraints but I can also build a mutual investment in working out a deal. One of the drawbacks of email negotiating is that it removes that feeling of personal investment in a deal and tends to make it seem like it’s all about the money.

From my experience, money is just one factor in most negotiations, and often not the most important one. In my reading about what’s going on now with the NBA, a deal was within reach, until the owners pushed the players into a corner on peripheral issues like random off season drug testing, which energized a weak, disorganized, even apathetic group of players into an angry opponent. David Stern evidently misjudged how far he could push. It’s okay to leave money on the table, my Dad told me and I say to Noah. “Does the deal work for us?” is question number one. But the important corollary is, “Can the other person feel good about it, too?”

The great negotiating mavens such as Herb Cohen argue that you should plan your moves ahead and know your own bottom line. I adhere to this idea in theory, but I believe you also need to be creative and improvise because there are crucial moments in a negotiation that you can’t afford to miss. This is when the active listener can pick up on cues about the time needs of the opposing party to conclude a deal. If the big moment is missed the deal that was makeable can go away.

I often go home and tell my wife that I am frustrated about deals that keep sliding away. She’ll say that it probably doesn’t have anything to do with you. Be patient, it will come.

Question: Do you care if the NBA season is canceled?

Question 2: If you could choose between deer hunting and going to an NBA playoff game which would you pick?