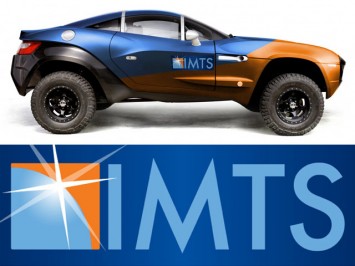 Noah and I recently had the opportunity to interview Mark Mohr of DMG/Mori Seiki USA and Jim King of Okuma America Corp. Both men replaced entrenched, almost iconic, leaders at their companies in Thomas R. Dillon at DMG/Mori Seiki USA and Larry Schwartz at Okuma America. Mohr came up through the ranks, while King was a corporate soldier who marched through many jobs before settling in Charlotte to be groomed for Okuma’s top job in the U.S. Both men said business was thriving and their firms had completely come back from the dark days of 2009.

Their approaches to IMTS are somewhat similar in that they respect the institution, but DMG/Mori Seiki USA is keeping the massive footprint of past shows while Okuma America is trying to be a standout without breaking the bank.

At Chicago’s IMTS 2012, to be held in early September, DMG/Mori Seiki USA will be proudly showing the first machines built at its new plant in Davis, California – horizontal machining centers. Okuma America, which used to build machine tools 25 years ago in Charlotte, N.C., has no plans to start constructing machines in the U.S.

Americans may think Europe is a basket case, but GE is investing heavily in Turkey, the fastest growing country on the continent. Turkey does not use the Euro as its national currency. One of its strengths is that it has not fallen into the debt-financed entitlements of its traditional enemy, Greece. Turkey benefited from the lure of Germany for many of its young men in the 1970s and ’80s, where they went and learned trades in manufacturing and then  basically were kicked out after German unification.

Many returned to Turkey and started small businesses, often doing business with people they had worked for in Germany. If you want to do business in machining in Europe today, you go to Istanbul first.

I attended my 50th high school reunion a couple of weeks ago. The Class of 1962 at University High School on the South side of Chicago almost all participated in a Yahoo! Chat group for several months prior to the get-together – so the reunion had really occurred online, where people revealed more about their lives than they did back in high school. When we arrived in person we were more available to connect emotionally because the online preparation made people less likely to fall into the chitchat drivel that marked earlier reunions. Most of my classmates wrote personal essays about their lives, which were made into a remarkable and moving book that almost everybody had read before the Saturday night dinner. I found that many of my peers are beginning new ventures, whether literary, charitable or career toppers. I left the reunion inspired to do more with my life like so many of the extraordinary folks of the Class of 1962 at U-High.

Question: Should Roger Clemens and Barry Bonds go to the Hall of Fame?