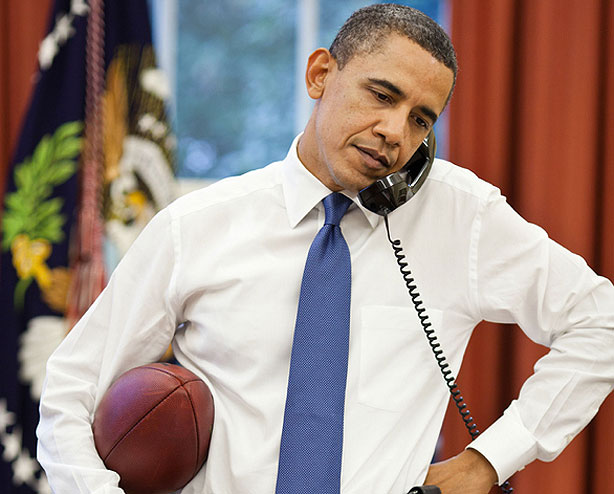 Their faces bear a remarkable resemblance, though separated by 25 years. The coloring is similar. One has oversized ears, the other an enormous aquiline nose. Both are 6’4″ tall and love to play basketball.

Two kids of mixed race parentage raised by white people. Kaepernick was adopted by German Americans, Rick and Teresa Kaepernick, living in Fond du Lac, Wisconsin. Obama was virtually adopted by his mother’s parents, white Kansans who moved to Hawaii after his Kenyan father ran off and his mom drifted to Indonesia to marry another man.

Kaepernick excelled at sports in high school in small town Turlock, California, near Tahoe, but no major colleges wanted him to play football at 6’4″, 170 pounds. Only one college liked him, nearby University of Nevada, Reno, mainly because they saw him as a potential safety.

Barack Obama was an obscure state legislator from the South Side of Chicago who decided to run for the Senate after the Republican incumbent retired from politics. Nobody had heard of him, but gradually all of his better-known opponents self-destructed. He won the primary almost by default and then beat an incredibly weak Republican who wasn’t even from Illinois.

Kaepernick inherited the San Francisco quarterback job after the incumbent, Alex Smith, former number one pick in the draft, incurred a concussion. Coach Jim Harbaugh never liked Smith as a quarterback, and when Kaepernick played well in his first two games, Harbaugh made the audacious decision to keep Smith on the bench, even though he was cleared to play.

As I write this piece on Martin Luther King Day, I can only marvel how America has changed. When I was Colin Kaepernick’s age there were no black quarterbacks in the NFL, much less black Presidents. The symbolism of the Inauguration taking place on King’s birthday is compelling to me. It is a National Holiday. Obama visited King’s portrait with his family Monday, signifying the black leader’s importance to him – and to me.

Mitt Romney won 59 percent of the white vote and lost the national election big. America is a changin. I voted for Romney in 2012 because I preferred him on economic issues, but I still love the idea of Barack Obama – the mixed race kid from nowhere, with no wealth, no connections and no past, who became the American President.

Obama is the personification of the American dream in 2013, and dreams are truly important. Just ask Colin Kaepernick, the mixed race adopted child of German American parents, who dreamt in 4th grade that he would be 6’4″ tall and play quarterback for either the Green Bay Packers or the San Francisco 49ers.

For me, Obama winning the presidency twice confirms the dream of Martin Luther King.

Questions: In your lifetime, has racism declined in America?

Who is your favorite quarterback ever?