When I was growing up on the South Side of Chicago on Euclid Avenue, seven blocks north from where Michelle Obama grew up, my father taught me many valuable life lessons.

One that I remember quite vividly was what to do when I was stopped by a Chicago policeman while driving. My dad had illustrated his approach a few times while I observed from the car. He was proud of his skill and execution.

He told me, “Lloyd, right after you stop the car, turn off the motor and immediately get out of the car, stand erect, and walk up to the police car while the cop is still in the car. Apologize if you were speeding or made a driving error.” My dad had used this strategy successfully a number of times. He had also perfected the folded $20 bill concealed under the driver’s license play, which he was extremely proud of.

I never had the bold courage to do the folded bill, but I did try the jump out of the car routine a few times until a polite policeman told me quite forcefully to stay in the car with my hands on the wheel.

When black kids get their license they get very different instructions. My wife tells me that the parents of her black students live in mortal fear of their children being stopped by the cops and being harassed, or worse. 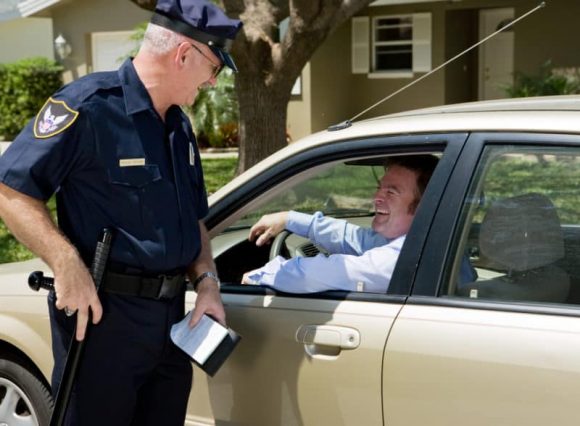 Ben Cohen of the Wall Street Journal wrote a nice piece Monday about Malcom Brogdon, who plays guard for the Indiana Pacers. Brogdon recounted the advice he received when he was 16 from his grandfather, who happened to be a civil rights leader. When he was given the family’s old green Toyota Avalon he had to sign a binding legal contract before he got behind the wheel, which set forth how he was to behave if he ever was stopped by the police.

Brogdon said, “I was taught to put my hands on the steering wheel, to turn off the music, to roll down every window of the car, to put my blinkers and emergency hazards on, and sit there silently and comply with the officer until he let you go.”

Brogdon followed the instructions correctly and came out ok when he eventually did get stopped. His mother, a professor at Morehouse College, says she was relieved but still fears another incident could get out of control.

A couple days ago, the Wall Street Journal and the New York Times, which usually disagree about everything, wrote remarkably similar pieces about rogue police behavior toward African-Americans. Both articles pointed out the terrible role played by police unions, insulating bad cops from being kicked off the force or being prosecuted. The union seems to think it is their sacred obligation to protect even the dirtiest of cops, especially in cases of racial targeting.

The need to clean up police practices in America is not a liberal vs conservative or Democrat against Republican issue. We desperately need order today, but the endemic fear African Americans have toward the police is bad for the whole country. Blunting the power of police unions is one thing that America can agree on.

It is doable if partisan blabbing doesn’t get in the way.

I much prefer it to the $20 under the license that I never had the guts to try anyway.

Question: Are the police being persecuted?

12 thoughts on “How to Deal with the Police?”