I am so tired of never ending graphs of suffering. I am tuning out more each day. But I am highly intrigued by the politics of COVID-19, particularly in a presidential election year.

Monday, Joe Biden, likely the Democratic nominee to run against President Donald Trump, called him to chat. This was a play right out of The West Wing playbook. With the Democratic primaries all but over, Biden has been pushed off the screens of America. Trump’s approval ratings have been going up by the day as he holds 2-hour “news” briefings, answering almost every question from reporters who he usually dismisses with scowls and sarcasm. He defers to VP Mike Pence, Dr. Deborah Birx, and the 4-star general handling logistics. He is generally holding his egotism in check and acting like a leader who is in command, and the role becomes him.

Biden’s aides must be tearing their hair out as they see their guy look like the janitor waiting to clean the room when the CEO finishes the meeting. 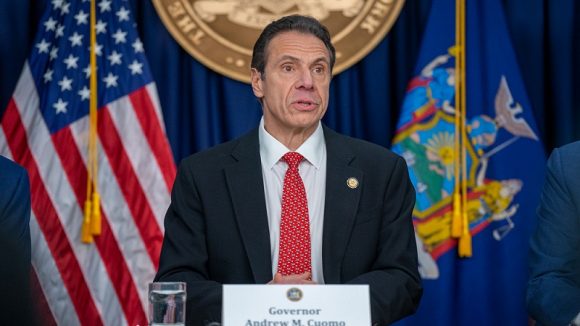 Equally worrisome for Biden is the blossoming of Governor Andrew Cuomo of New York, who does his briefings in the mornings. Cuomo comes off as a capable, self-effacing, CEO handling the complex needs of New York City, often in a growing partnership with President Trump and the military. His stage presence and command of details set him up, at least to me, as the Democrat’s logical Presidential nominee, though he did not enter any primaries.

I am sure the rise of Cuomo, with his rapport with the media which is so New York centric, has to make Joe Biden and his associates very shaky. Perhaps Trump’s growing respect for Cuomo is pushing an interesting triangle into the presidential election. Biden not only has the Bernie Sanders wing of the democratic party to contend with. Now he has the unexpected rising star of Andrew Cuomo.

Am I crazy to imagine that a Democratic convention in which not enough primaries have been held to give Biden the easy nomination, punts on round one of the voting and a groundswell of support from right, left, and center in the party, hungry for a winner, begins a Cuomo for President snowball at the Milwaukee convention?

Joe Biden has no passion in his campaign. He has become the front runner almost by default. If Cuomo appears to guide New York through its COVID-19 crisis and continues to look like the president of a besieged state and region, Joe Biden ought to be plenty scared.

Question: Have you tuned out the daily COVID-19 news?