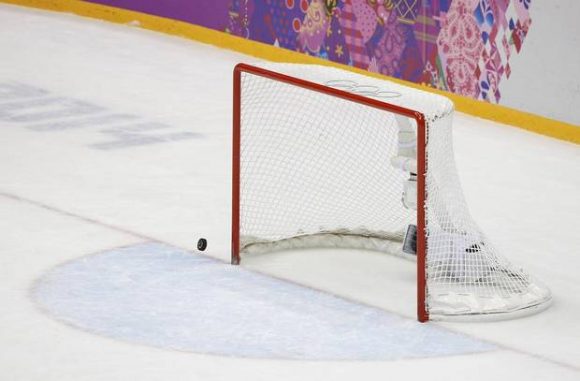 Malcolm Gladwell recently put out a brilliant episode in his “Revisionist History” podcast series about his Number One rule for living — “Pull the Goalie.” (Click here to listen)

Gladwell interviews two of his buddies, Clifford Asness and Aaron Brown, successful Wall Street money strategists. They analyze everything. It’s what they do for a living and just for the heck of it. They test their offbeat theories with mathematical precision, looking for the absurd that carries the germ of truth. They love being “disagreeable,” espousing truth that defies the conventional wisdom and makes “normal” folks feel extremely uncomfortable.

They recently published a paper in which they argued that the hockey strategy of pulling the goalie to add an extra attacker when down by one goal with only one minute left on the clock was stupid. They argue that the goalie should be pulled with 5 minutes and 40 seconds left if a team needs to tie the score and force overtime. If the leading team scores on the unguarded net, so what, you would have almost surely lost anyway with the time worn strategy of pulling the goalie with only a minute left. If you end up losing the game by two or three goals instead of one, who cares. At least you gave yourself the best possibility of winning. They claim their calculations prove the “pull the goalie” strategy handily.

It makes exquisite sense if you think about it—in hockey and in life. The conservative “follow the conventional rule” approach is a recipe for failure and mediocrity. Innovative intelligent risk pays.

In sports, we see numerous examples of conventional wisdom being overturned today. The move to 3-point shooting, in some cases more than 50% of the time, has changed the NBA game radically. It is not uncommon to start a fast break and then pitch the ball to the corner for an open 24-footer, rather than rush to a contested goal near the basket.

In baseball the starting pitcher is now expected to go a maximum of six innings because “stuff” often starts to fade as the hurler reaches 100 pitches. Also, Major League hitters slug significantly better against pitchers they have already seen twice in a game.

In football the Philadelphia Eagles demonstrated that going for it on 4th down is often a better strategy than punting or attempting a long field goal.

But aside from sports, the “pull the goalie” approach is useful in business. I think people are too fearful about changing jobs and careers, and bosses are too careful about firing people. The comfortable path is to stick with the same company, the same team, the predictable career path, the boss you know. But if you think pulling the goalie is your rule for life, then making a shift before the conventional wisdom or your buddies tell you to do it might well be the right course.

Malcolm Gladwell uses another “pull the goalie” example in the podcast by bringing up horror film plots where a mother and two young children fall victim to a home invasion by a psychopath. When it becomes obvious to the Mom that she can’t protect her family from the intruder and her only chance at saving them is to flee the scene to go get help, what should she do?

Society as well as natural parental instinct would say that a mother should NEVER leave her kids when a predator is in the house.

But theoretically she should “pull the goalie,” do the unthinkable, the thing for which she might second guess herself forever. Otherwise, everybody dies instead of trying that one last chance to save the day.

The life lesson is to consider the odds, accept being uncomfortable, ignore the ostracism of your peers. Doing what’s easy, going with the crowd, might get you killed.

Question: When would you pull the goalie?