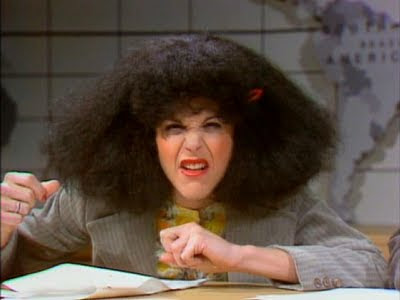 Niaspan, Abbott’s potential blockbuster drug, was going to be the next big thing in cardiovascular care – except a study published after it hit the market showed it didn’t do anything to prevent heart attacks.

Is there a link between a COO who fudged his credentials and a drug his company over-hyped? Do we care if Harvard jocks cheated on tests or if Derrick Rose faked his ACT score to get into Memphis costing the school its NCAA trophy?

I’ve been grappling with these issues since I read Phil Rosenthal’s excellent column in last Sunday’s Chicago Tribune about Gonzalez’s reported degrees. Maybe I wouldn’t have cared as much if I hadn’t paid a lot of money for Niaspan pills and struggled with its side effects until I heard it was ineffective in its primary goal – to reduce the risk of heart attacks.

I have generally looked at resumés as plausible fictions. I care more about the tone and footnotes than the “credentials.” I am also very interested in what is omitted from a resumé – jail time, drug abuse history, ADD, illness and recovery, psychotherapy, religious observance, sports team preference, physical fitness, underwear preference. OK, laugh, but I care if a person has a sense of humor and a basic candor and honesty. I know Human Resources prefers the bland and measurable to the touchy feely stuff. I care about the person more than the credentials. So, my question is: If you fake the credentials do you necessarily disqualify yourself for a job – even if you are caught?

Richard Gonzalez, Abbott Board Member, is scheduled to be the CEO of AbbVie, Abbott Laboratories’ pharma division that is being spun off from the rest of the company. Gonzalez must be considered a topnotch executive to get this job after 30 years at Abbott. He made $5.5 million in compensation last year. His Board is not kicking him out because of the college degree flap like Yahoo! did with Scott Thomson and Bausch and Lomb did with Richard Zarrella. I see the point of forgiving a mistake. Like Gilda Radner’s Saturday Night Live character, Roseanne Roseannadanna, used to say – “Oh, never mind.”

But then there is that little Niaspan thing – the big drug that couldn’t. Can we draw a straight line between Gonzalez and Niaspan?

Questions: Is embellishing a resumé a big deal?

If you found out your most valued employee had not divulged a drug abuse history what would you do?