Not long ago our company made a deal to purchase a significant amount of machinery outside the United States. The deal seemed like a great opportunity, but we thought the sensible thing would be to visit the seller before making any purchase because he was someone who we had never met before.

I traveled a long way to meet him, and we spent several days together looking at machines. He brought his wife along with him for the whole trip. We had dinners together during which they told me about their children. His wife repeatedly acted like a concerned mother when she noticed my runny nose. They seemed like decent people, and they gave us a good price so we made a significant deposit on some machines. In the end, things did not go as planned. The company attempted to pocket the deposit and did not send any machines.

We felt dumb. We asked ourselves, how could we not have realized we were being conned?

I recently finished listening to Malcolm Gladwell’s new book, Talking to Strangers, which sheds some light on our experience. The thesis of Talking to Strangers is that the majority of people are incapable of judging the true character of others based solely on “getting to know” them. The book contains many powerful examples of people who seemed genuine but then turned out to be liars, along with other examples of people who seemed suspicious but turned out to be innocent. 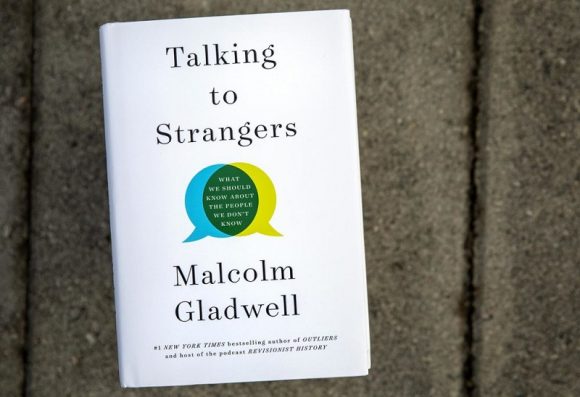 Gladwell discusses another example of flawed human character assessment in a passage about judges in New York whose job is to choose which suspects should be released on bail and who is too risky to let out of custody. Several elite computer scientists, a Harvard economist and a bail expert from the University of Chicago created a computer program to research the ability of the judges for discerning which suspects should be released. From 2008 to 2013 550,000 defendants were brought for arraignment to the group of New York judges, and the judges released just over 400,000.

The researchers built an artificial intelligence system and fed it the same information that had been given the judges in the 550,000 arraignment cases, mainly the defendant’s age and criminal record. The artificial intelligence system chose its own 400,000 defendants to be released over that time period to see which 400,000 releasees committed the fewest crimes on bail and made their trial date. The 400,000 released by the computer were 25% less likely to commit a crime than those chosen by the judges. The computer program only had the defendant’s age and rap sheet to make its judgment, while the judges also got to hear the arguments from the lawyers and look the defendants in the eye.

Gladwell also writes about Neville Chamberlain misjudging Hitler after meeting him several times. He writes about the people who misjudged Bernie Madoff and sex offenders such as Jerry Sandusky and Larry Nassar.

Gladwell says that the usual inclination of people is to “default to truth.” People want to trust other people because that trust is what makes society function. If the default opinion of a youth sports team coach is that they are a pedophile nobody would let their child play on a team, and nobody would take a job as a coach.

If my default opinion of every person selling machines is they are trying to cheat me, I will never be able to make any deals. Business must go on, and life goes on because I know most people are relatively honest. Going forward I will try to keep my guard up, and I won’t put as much stock into looking people in the eye.

Do you trust most people you do business with?

Have you ever been conned?

8 thoughts on “Talking to Strangers”