The ‘next frontier’ for 3D printing and additive manufacturing 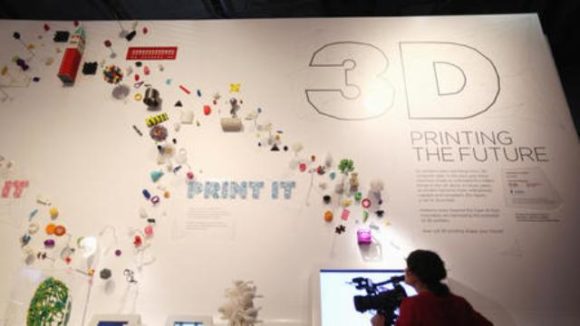 As Chicago wraps its mind around 3D printing for consumers, business and transformative projects including the UI Labs-led Digital Manufacturing and Design Innovation Institute, there’s a document that provides some broad insights.

The Wohlers report, released each spring for almost two decades and covering in depth the state of 3D printing and more sophisticated additive manufacturing used by industry, shows a field increasingly focused on high-end manufacturing.

The 2014 report adds an important layer to the familiar picture of 3D printing, in which everyday consumers can buy and use tabletop devices suitable for the home hobbyist.

The industry “has been maturing,” he said of 3D printing and related technologies now moving from novelties to industrial use. “The next frontier is the use of it for manufacturing.”

Advances in additive manufacturing will make it easier and cheaper to produce specialized parts on short demand. Meanwhile, software is getting emphasized in the short term in order to make sense of data from ubiquitous sensors found in modern factories, said William King, CTO at the UI Labs initiative, a public-private partnership funded by federal and state agencies and heavy manufacturers based in Illinois and the Midwest.

“Today, manufacturing is still very much a pencil-and-paper industry,” King said. But he said it is changing fast.

“Manufacturing companies are tracking and using data like never before,” King said, allowing factories to improve productivity, use assets more efficiently and tie manufacturing operations to finance and marketing efforts. “Over the next decade, manufacturing will become completely digital. Factories will be run from tablet computers, and every machine tool in every factory will be connected to the Internet.”

Within the next year, “manufacturing companies will have increased use of the power of modern computation and simulation as well as data,” said University of Texas professor Joseph Beaman, a pioneer of 3D printing technology and a technical adviser for advanced analysis at Digital Manufacturing and Design Innovation Institute.

“They’re not just a ‘push-button’ technology,” Wohlers said of additive manufacturing. “There’s a lot that goes on before and after you hit the start button.”

Additive manufacturing — the layering and adhesion of materials as is the case with 3D printing — has become more reliable and consistent than ever, contributing to a fast-growing industry with $3.07 billion in revenue last year, Wohlers said.

A familiar storyline has been an explosion in use of home-based low-cost 3D printers such as MakerBot and 3D Systems Cube and CubeX. Some 72,000 personal 3D printers were sold in 2013 at an average cost of $1,208, the Wohlers Report said.

But industrial printers have seen an even faster increase over the past year, with heavy manufacturing uses edging past consumer electronics and modeling, the report said. More than 9,800 commercial devices — some large enough to print V6 engine blocks — were sold at an average price of $90,370 and for as high as $5 million.

Senvol LLC, a consulting company started at the Wharton School of Business and cited in the Wohlers Report, cites seven instances for when additive manufacturing in heavy industry can be useful enough to disrupt existing manufacturing processes: