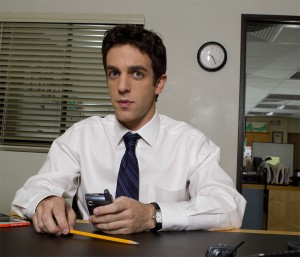 Politicians across the political spectrum herald “job creation,” but frightfully few of them talk about what kinds of jobs are being created. Yet this clearly matters: According to the Census Bureau, one-third of adults who live in poverty are working but do not earn enough to support themselves and their families.

A quarter of jobs in America pay below the federal poverty line for a family of four ($23,050). Not only are many jobs low-wage, they are also temporary and insecure. Over the last three years, the temp industry added more jobs in the United States than any other, according to the American Staffing Association, the trade group representing temp recruitment agencies, outsourcing specialists and the like.

Low-wage, temporary jobs have become so widespread that they threaten to become the norm. But for some reason this isn’t causing a scandal. At least in the business press, we are more likely to hear plaudits for “lean and mean” companies than angst about the changing nature of work for ordinary Americans.

How did we arrive at this state of affairs? Many argue that it was the inevitable result of macroeconomic forces — globalization, deindustrialization and technological change — beyond our political control. Yet employers had (and have) choices. Rather than squeezing workers, they could have invested in workers and boosted product quality, taking what economists call the high road toward more advanced manufacturing and skilled service work. But this hasn’t happened. Instead, American employers have generally taken the low road: lowering wages and cutting benefits, converting permanent employees into part-time and contingent workers, busting unions and subcontracting and outsourcing jobs. They have done so, in part, because of the extraordinary evangelizing of the temp industry, which rose from humble origins to become a global behemoth.

The story begins in the years after World War II, when a handful of temp agencies were started, largely in the Midwest. In 1947, William Russell Kelly founded Russell Kelly Office Service (later known as Kelly Girl Services) in Detroit, with three employees, 12 customers and $848 in sales. A year later, two lawyers, Aaron Scheinfeld and Elmer Winter, founded a similarly small outfit, Manpower Inc., in Milwaukee. At the time, the future of these fledgling agencies was no foregone conclusion. Unions were at the peak of their power, and the protections that they had fought so hard to achieve — workers’ compensation, pensions, health benefits and more — had been adopted by union and nonunion employers alike.

But temp leaders were creating a new category of work (and workers) that would be exempt from such protections.

The temp agencies’ Kelly Girl strategy was clever (and successful) because it exploited the era’s cultural ambivalence about white, middle-class women working outside the home.

The strategy was an extraordinary success. Not only did the Kelly Girls become cultural icons, but the temp agencies grew and grew. By 1957, Kelly reported nearly $7 million in sales; in 1962, with 148 branches and $24 million in sales, it went public. Meanwhile, by 1956 Manpower had 91 branches in 65 cities (and 10 abroad) and, with sales at $12 million annually, employed some 4,000 workers a day. In 1962, Manpower also went public, boasting 270 offices across four continents and over $40 million in sales.

The temp agencies’ Kelly Girl strategy was clever (and successful) because it exploited the era’s cultural ambivalence about white, middle-class women working outside the home. Instead of seeking to replace “breadwinning” union jobs with low-wage temp work, temp agencies went the culturally safer route: selling temp work for housewives who were (allegedly) only working for pin money. As a Kelly executive told The New York Times in 1958, “The typical Kelly Girl… doesn’t want full-time work, but she’s bored with strictly keeping house. Or maybe she just wants to take a job until she pays for a davenport or a new fur coat.”

Protected by the era’s gender biases, early temp leaders thus established a new sector of low-wage, unreliable work right under the noses of powerful labor unions. While greater numbers of employers in the postwar era offered family-supporting wages and health insurance, the rapidly expanding temp agencies established a different precedent by explicitly refusing to do so. That precedent held for more than half a century: even today “temp” jobs are beyond the reach of many workplace protections, not only health benefits but also unemployment insurance, anti-discrimination laws and union-organizing rights.

By 1967 Manpower employed more workers than corporate giants like Standard Oil of New Jersey and the U.S. Steel Corporation. Manpower and the other temp agencies had gained a foothold, and temporary employment was widely considered a legitimate part of the economy. Now eyeing a bigger prize — expansion beyond pink-collar work — temp industry leaders dropped their “Kelly Girl” image and began to argue that all employees, not just secretaries, should be replaced by temps. And rather than simply selling temps, they sold a bigger product: a lean and mean approach to business that considered workers to be burdensome costs that should be minimized.

For example, in 1971 the recently renamed Kelly Services ran a series of ads in The Office, a human resources journal, promoting the “Never-Never Girl,” who, the company claimed: “Never takes a vacation or holiday. Never asks for a raise. Never costs you a dime for slack time. (When the workload drops, you drop her.) Never has a cold, slipped disc or loose tooth. (Not on your time anyway!) Never costs you for unemployment taxes and Social Security payments. (None of the paperwork, either!) Never costs you for fringe benefits. (They add up to 30% of every payroll dollar.) Never fails to please. (If your Kelly Girl employee doesn’t work out, you don’t pay.)”