Thoughts going into the New Year 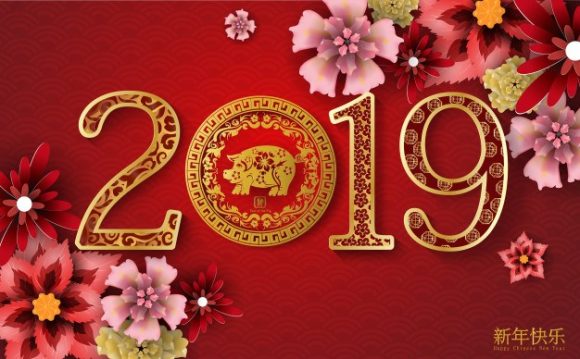 It’s my birthday today as I write this, and I’m looking forward to a New Year.

If you read the papers (I still read the sports page) you’d think the economy was sinking into a worldwide sewer, but if you look at the stats and feel the vibe around you in America you would have a totally different feeling.

My gut feeling is that bankers and financial speculators (right at the bottom of my economic intelligence scale) are joining the herd in yelling that the sky is falling.  Part of this lemmingness derives from the intelligentsia’s abhorrence of Donald Trump, so they are praying (probably the wrong word) for economic disaster to bury him.  They can’t stand the success of the American economy during his first two years in office and have convinced themselves that it cannot, and must not, continue.  Convince the dummies in the hinterlands that they are, or soon will be, underwater, and they will start to believe it and hide their pennies under a rock.  And soon we will be in the recession they are predicting.

The Federal Reserve continues to live in its insular parallel universe raising interest rates every few months because their playbook, and God knows who wrote it, says that’s what you should do when people are happy and actually making enough dough to save a buck.  They are so bright and enlightened that they feel it is their ordained right to mess up a good thing, because otherwise we might have 3% inflation in 2020 even though they can’t get the 10-year treasury yield to stay over 3%.  The interest rate barometer of belief in American inflation over the next 10 years is stating emphatically that the Fed is wrong about inflation, and oil prices have dropped $20 a barrel in three months, but the brilliant old men at the Fed are convinced it will take a Brink’s truck of bills to buy a head of broccoli in a couple of years if they don’t starve the economy now.  It’s the usual “good is bad” rubric of the supposed smart people.

In the “real world” of machine tools and precision parts where I spend much of my time a lot of interesting things are happening.

For the first time in about 25 years the Chinese are on their back foot.  The mass exodus of manufacturing to China has reversed.  One major multinational firm, which I cannot mention by name, is moving a lot of its production of machined parts out of China.  It will not all come back to the U.S., but a significant chunk will.  Being dependent on China is becoming too dangerous for precious supply lines.  The price differentials are no longer large enough to justify the risks.

Meanwhile, companies from all over the globe are looking to relocate here.  Graff-Pinkert has been asked by numerous foreign manufacturers to find them an opportunity to buy in America.  From their vantage point the U.S. is safe and still relatively unregulated compared to Europe or South America.  Also its taxes are lower.

Politically, America is a bit messy now with the Trump hating reaching full pitch.  But look at the European Experiment.  The European Union looks extremely fragile from here.  England could have a Labour government headed by an ardent Socialist if Brexit is a failure.  Italy’s government is chaotic, though that is hardly anything new.  France has riots because poor people are waking up to the fact that the French state has not delivered the goodies they believe they deserve.  Meanwhile, the Germans sneer at their stupid neighbors but are almost totally dependent on their buddy Vladimir Putin for natural gas after shutting down those awful nonpolluting nuclear power plants.

Meanwhile the European intelligentsia have convinced themselves that they are the smart ones to save the planet with electric cars.  I think they will be surprised when people still want to buy the reliability of gasoline for a while.

Thank goodness the Europeans are united on climate change.  Unfortunately it means nothing except allowing them to feel good blaming the Americans while the Chinese and Indians are the real offenders in the carbon war.

Question: Do you think 2019 will be good for you economically?