I am beginning to reassess the importance of owning things like real estate, cars, books and perhaps capital equipment America.

We are now in the crest of the third wave of home foreclosures as the idiotic subprime mortgage blister oozes on. If there was ever a strong argument for renting housing, the massive drop in home values makes it. I live in a home we bought 30 years ago for $130,000 in Olympia Fields, Illinois. I paid off the mortgage several years ago. My wife and I have put at least $200,000 more in renovations into the property over the years. If we tried to sell it today we would probably struggle to get $180,000 for the five-bedroom home on half an acre in the southern suburb where the 2003 U.S. Open Golf Tournament was held.

I think the idea that a house should be one of the principle repositories of wealth for people is suspect. It is a proposition that has been sold by the real estate industry so hard that it has become a pervasive belief in this country. The second home, or the vacation home, has been pushed hard too, which is why so many people own homes that are vacant 95 percent of the time but still burning money.

My daughter, Sarah, lives in a totally different real estate market—Palo Alto, California. Prices in her town, home to Stanford University, Hewlett Packard, Facebook and Tesla Motors, are as high as ever. Home prices never fell and now are rising again. But does it make sense to buy a home there? She and her husband Scott don’t think so.

If my house sat on the same lot where Sarah’s three-bedroom rental sits, it would be worth 10 times its value in Olympia Fields, Ill. I estimate it would be worth $1.8 million and you could expect to sell it in one month if you put it on the market. Sarah and Scott have calculated that their best option is to rent a home in their crazy Palo Alto Island of prosperity. They figure that one third of the houses on their block are rented. People come and go a lot in the Silicon Valley, which makes leasing particularly attractive, but the average home occupancy in the U.S. is seven years, which is not much different than Palo Alto. Sarah gets a special tax deduction as a member of the clergy, which makes house rental the equivalent of ownership.

Sarah has observed that most of the rental homes in her area are owned by Chinese and Japanese people, who take a long-term perspective on owning property. Their belief in the safety of owning a house in America trumps the meager returns they get from Palo Alto home rentals. There seems to be an insatiable demand for houses to rent if they are priced at a level that values the real estate at less than half of the current selling prices on a cash return basis.

Olympia Fields, Illinois, and Palo Alto, California, are completely different markets, but in both cases house rental from an economic point of view makes sense. In the deflationary market where I live, why buy? In a buoyant market where Sarah lives and people from around the world will pay double what a house is worth, why buy?

This brings us to the interesting question of whether or not to buy precision machining equipment. Should a machine be considered a repository of wealth, or a tool to be rented like a Rototiller in the spring? 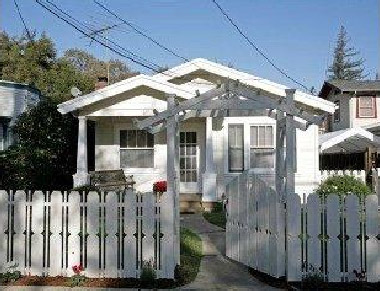 One thought on “To Buy or Not to Buy”