I love the “Second Act” column which appears on Tuesdays in the Wall Street Journal. It recounts the stories of people who forsake their original career for one that promises more excitement, opportunity, fun, or satisfaction than the career path they originally pursued.

On June 8, the Journal writer, Dennis Nishi, told John Putnam’s story. Putnam was a successful bankruptcy lawyer in Boston with a firm representing failed airlines and steel mills. While taking a deposition he had an epiphany. “Everyone there was very senior and making serious bucks. That’s when I looked around and [realized] I didn’t want to spend the best part of my life getting to where they are,” the Journal quoted him.

The rest of the story is about Putnam buying a farm in Vermont, taking a job with a Vermont law firm while developing the farm, and then chucking the law to make specialty cheese for a living.

He studied cheese making for four years and bought a custom made copper cheese vat to give his Alpine cheeses a unique flavor. A French student taught him some tricks of the trade in a work-study exchange to use for his graduate thesis.

Putnam started making cheese in 2002 and his business was profitable in 2003. Today his Thistle Hill Farm sells eight tons of cheese a year and is making decent if not great money.

Question: What is your second act? 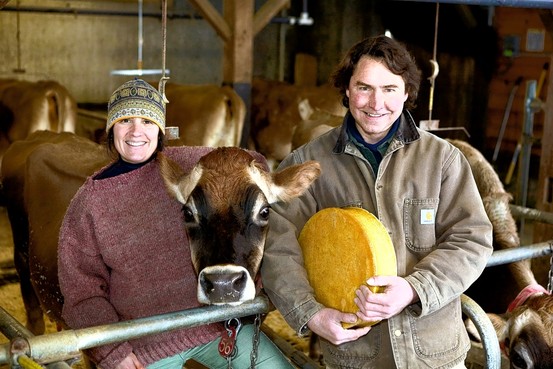 8 thoughts on “What is your life’s second act?”