Why Volkswagen is helping a union organize its own plant 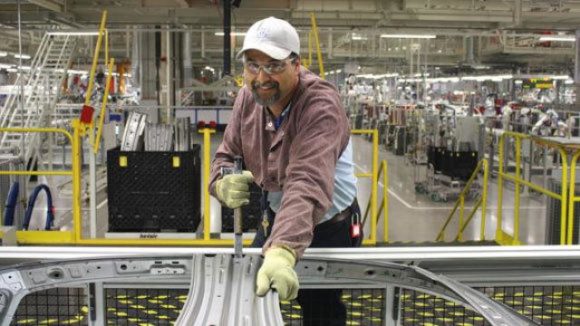 This week at Volkswagen’s plant in Chattanooga, Tenn., 1,570 workers will vote on whether to join the United Auto Workers. It’s a big deal: While the big three American carmakers are all unionized, so far the foreign companies have avoided it by locating in Southern states with strong Right to Work laws. From their perspective, unions usually just mean work stoppages, expensive benefit plans, and the inability to fire people at will.

That’s what’s weird about the VW vote: The German company is campaigning for the UAW, not against it, in a kind of employer-union partnership America has seldome seen. What gives?

Well, VW is kind of different, as automakers go. It understands how having a union can boost productivity and allow it greater flexibility in adjusting to downturns. It should know: The rest of its plants are unionized too.