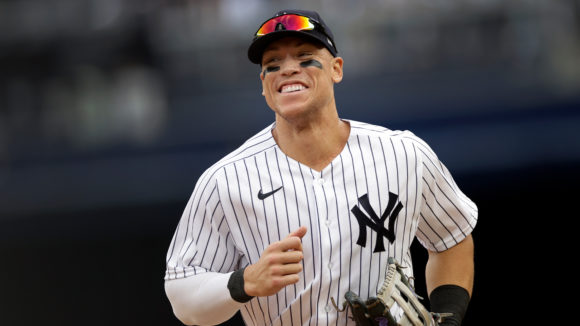 How do you build a great team?

It could be a business, a hospital, or a sports franchise. It’s easier to discuss sports because the results are more recognizable, so we will start there.

Two of the best current baseball teams are the New York Yankees and Los Angeles Dodgers.

The Yankees number one star is outfielder Aaron Judge.

Judge was offered a huge contract to stay with the Yanks before the season started, but chose to pass on it and bet on himself. He is having a terrific season with a chance to hit 60 home runs. He will have his choice of teams to sign with after this season, with the possibility of signing the most lucrative contract in the history of Major League Baseball.

The question a team must deal with is how valuable is one slugging outfielder.

An answer comes from Bryce Harper who was in the same situation as Judge in 2019. He signed a $330 million 13-year contract with the Philadelphia Phillies. The Phils have struggled to make the playoffs since he arrived and many would argue he is not the most valuable player on the team. Injuries have hurt him, but they threaten every player. This is a major argument not to go overboard for one player no matter how great he is at the time of signing.

Even a superb slugger like Judge is an ACL tear or a labrum injury away from mediocre seasons like Harper has had since arriving in Philly. He has 10 years left on his contract.

The Dodgers have taken a somewhat different path. They have put together a fabulous all around team with more excellence than any other squad in the game. Arguably, their best player is Mookie Betts. He signed a 12-year $365 million contract which started in 2021. His statistics are very good. He will not win a home run title or batting average championship, but he is a superb defensive player, bats leadoff, steals bases, and makes the team better in every way except pitching.

Can we learn from Major League Baseball how you make a good team into an excellent team and then into a great team that consistently wins over 100 games in a season?

Adding Aaron Judge to a mediocre team without depth or strong pitching will not make them a contender for the World Series. The perfect example is the Phillies or San Diego Padres. The Padres keep adding stars and continue to disappoint. The Los Angeles Angels are another example. They have two of the greatest stars in baseball, Mike Trout and Shohei Ohtani, and they still stink as a team. My Cubs had two Hall of Famers, Ernie Banks and Andre Dawson, and were almost always terrible.

But an Aaron Judge or a Mookie Betts can make a very good club into a 100 game winner. A team that has great young players coming into their own should be the team that goes all out for Aaron Judge. Whether the Yankees are that team is debatable, with players like Giancarlo Stanton and Anthony Rizzo habitually injured and past their peak.

Atlanta and Houston are both extremely good, but neither will spend the money when they may be talented enough to win already.

What about big businesses like Apple, Amazon, or Microsoft? All three have lost their founder, but successfully replaced them with great managers, but not icons.

And for small to medium sized businesses? Much harder. If they bring in an expensive star they can easily upset the chemistry. If they promote them from within they may be headed for mediocrity. They have to hire skills, train, and occasionally go for a special talent.

A small business cannot reach for an Aaron Judge. To grow, they need to consistently promote and add talent and team players. They will not become the Dodgers but with solid, thoughtful management, they can thrive without selling to a private equity group or liquidating.

Have you changed jobs successfully?

Will Aaron Judge be worth the money he gets?

How to Get the Most From a Trade Show, With Will Healy III (Part I)–EP 163