Are We All Racists? 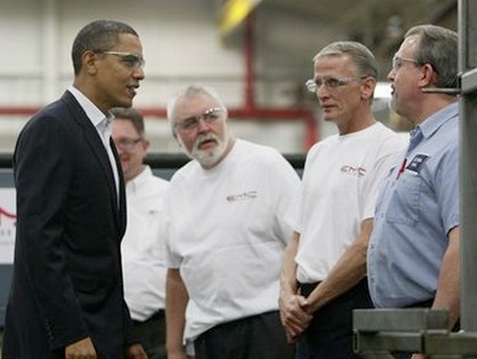 On the last blog, I mentioned that I voted for Barack Obama partly because I wanted to see a black president during my lifetime. A lot of readers were bothered by this statement, so I would like to flesh out my rationale.

Over the course of 50 years, I have seen racial relationships in America gradually evolve from hatred and fear towards tolerance and acceptance on both sides. Growing up in the 1950s on the segregated Chicago’s Southside, I was on the frontlines of racial confrontation. My public grammar school drew from an affluent white area and a predominantly black area of apartments. We barely spoke to one another at Parkside School. Hyde Park High School, the public high school I would graduate to, was 98 percent black students. My parents sent my siblings and I to a private high school because Hyde Park was deemed to be too dangerous.

For my parents, black people were not Negroes – they were “Schvartz” or “Schvartzes” – an uncomplimentary Yiddish term for people of color. The black women I knew were maids, and the black men were janitors. In high school I was introduced to black kids who were children of doctors or lawyers or other members of the small black middle class in Chicago, but mixing other than in sports was taboo.

So I was born into a racist America, and though I was not a person who used the N-word or the Yiddish pejorative, I bought into the racial norms of the day – racial fear and social separation. In college I followed the careers of Martin Luther King and Malcolm X and just barely started to connect with black athletes and other black students I met in the dorms. I was just beginning to wrestle with the disconnect of being intellectually tolerant and emotionally racist – a combination as American as a black and white sundae.

When it came time to live the American dream of a home in the suburbs with kids we moved further south to the Chicago suburb Olympia Fields. This is the home of the Olympia Fields Country Club where the 2003 U.S. Open Golf Tournament was held after they agreed to allow a symbolic black person to join. But over the last 30 years, the area became the suburb of choice for upwardly mobile urban black people. I was faced with the same decision my parents had to make – move to the land of white people and white schools, or send my kids to a school where they were the white minority. We stayed – not out of social-liberal purity – but because we liked the neighborhood. Did our kids like being the token white people? Not especially, but they accepted the idea without much dissent. And we continue to live in the same house. Our neighbors are mostly African-American and most of the Jews are gone now. We have slowly developed black friends, but I can honestly say we are not color-blind. There is still the occasional twinge of fear when walking into a gaggle of black teenagers. We’re still Americans, so we are still at least a little racist.

So why vote for Obama? Racial guilt? No. Racial pride. The vote was a symbolic statement that I, Lloyd Graff, at 63 years old, was better than I started out. Obama was the beneficiary, and my vote at a polling place where most of the people voting had darker skin than my own – made me feel good.

Questions: Do you think most people in America are racist?

Do you consider yourself a racist?