Our guest on today’s podcast is Ben Cohen, sports writer for the Wall Street Journal and author of the new book, The Hot Hand: The Mystery and Science of Streaks.

In the book, Ben analyzes many types of hot streaks, from basketball shooting streaks, to investing streaks, even a streak of hit plays by William Shakespeare. Most people have had a moment in their lives where a string of successes have given them the confidence that the next thing they try will also be successful. This book explores whether that belief is actually true.

(4:40) Ben gives his background and what inspired him to write The Hot Hand. He says he has always been obsessed with sports, and while at Duke University he got an internship in the sports department of the Wall Street Journal. In 2014 and 2015, Ben wrote some articles about the “Hot Hand” concept, and he thought it could be a neat way to look at a lot of industries beyond basketball.

(6:30) Ben says that when he started looking for examples of the Hot Hand, he saw it everywhere. He says we all have felt the Hot Hand at one point in our life and that the Hot Hand applies to all industries.

(7:00) Ben defines the Hot Hand as “when success leads to more success.” In basketball, where it has often been studied, it applies to the phenomenon of when a player makes several shots in a row and then it seems like the player has a higher likelihood of making the following shot. He says that this feeling applies to moments in all different professions or activities, and if we take advantage of those moments it can change our lives. He first noticed the feeling personally during a Junior Varsity high school basketball game where he scored 18 points in one quarter, more points than the rest of his entire basketball career put together.

(8:50) Ben says that several years ago while researching for his first piece on the Hot Hand he discovered a paper based on 30 years of research by world renown psychologists Gilovich and Tversky, which stated that the Hot Hand does not exist, but is cognitive bias. When the paper came out most people didn’t believe it, including a lot of basketball folk. 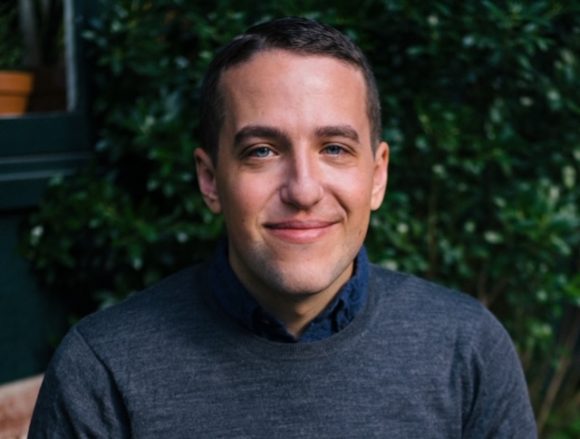 Ben Cohen, author of The Hot Hand: The Mystery and Science of Streaks

(16:30) Ben says that the Hot Hand seems to be the product of talent, circumstance, and a little bit of luck. One Hot Hand Ben writes about in the book is a string of successful plays by William Shakespeare. During one of the most prolific periods of Shakespeare’s career, he premiered King Lear, Macbeth, and Anthony and Cleopatra in a span that some say was as short as two months. Prior to then he had not come out with a play in two years. Ben says this occurred during a plague year that had killed off much of his competition. Satires starring children had been a trend in theater, but when the plague hit, an adult audience more interested in tragedies became a better market.

Ben says that like during Shakespeare’s time, Covid 19 will inspire art movements or industry innovations. One never knows what a catalyst will be for a Hot Hand.

(20:10) Ben discusses a chapter in his book about Raoul Wallenberg, a Swedish businessman and diplomat who saved tens of thousands of Jews in Nazi-occupied Hungary during World War II.

(24:35) Ben discusses another part of the book that recounts Steph Curry’s extraordinary game against the Knicks in 2013, in which he scored 54 points and hit 13 3-pointers. He hadn’t ever put on a performance like it prior to that game. After that game the Golden State Warriors encouraged Steph Curry and other players on the team to focus on 3-pointers much more they had previously, breaking conventional basketball wisdom of the time.

(30:10) Ben concludes by saying that really smart people have come to different beliefs about whether or not the Hot Hand is real. But, he says how individuals respond when it seems they are getting the Hot Hand is what determines whether it is a force to enable extraordinary feats.

Question: Do you believe in the Hot Hand?