Best of Swarfcast: Using Blockchain in Manufacturing with Jim Regenor

Today’s guest on the podcast is Jim Regenor, founder of Veritx, a company which helps clients dramatically reduce lead times and increases readiness for military and airline customers with blockchain technology.

(3:30) Jim gives background on his company Veritx which he established in August of 2019. He characterizes the company’s product as “a digital parts catalog for regulated industries that reduces long lead times and increases readiness for military and airline customers.”

(4:35) Jim talks about a proof of concept with the Department of Defense where blockchain could reduce the lead time for an F-15 part from 265 days down to 6 hours from order to delivery. He says that the United States military still uses some aircraft from as far back as the 1950s, so being able to deliver spare parts efficiently can be difficult when many of the original aerospace suppliers have gone out of business. 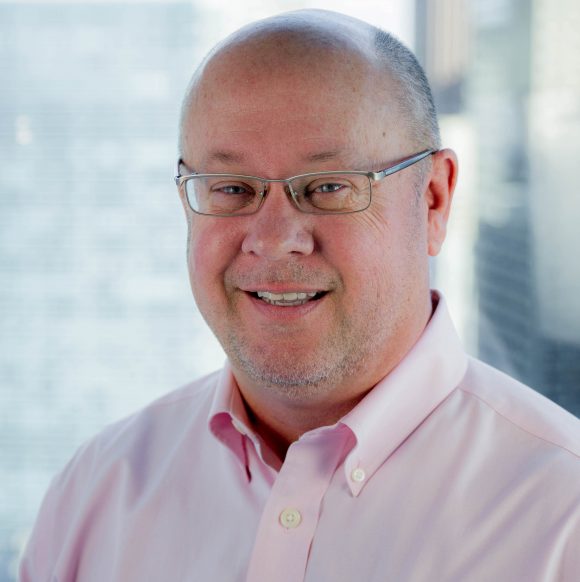 (8:00) Jim gives his background. He spent 31 years as a pilot in the U.S. Air Force. He was on the Security Council for the Bush and Obama Administrations, and he also ran a large logistics operation, with 15 locations in 11 countries across three continents—many of them war zones. He said he was moving roughly 570,000 tons of cargo and about 2 million people a year, and found himself constantly needing spare parts.

(9:25) After he got out of the Air Force, Jim ran the military aftermarket division at a Tier 1 aerospace company called Moog Aircraft Group. The company had acquired a 3-D Printing business in Michigan and realized that 3-D printing would become an enabler for digital 4.0 schema and how industries would interact. This led him to world of blockchain.

(14:10) Jim characterizes blockchain as a distributed ledger. He gives an example of several people in a room in which one person owes another person 10 dollars. Every person records that 10 dollars is owed in their ledgers. If the person who owes money tries to lie and says he only owes 9 dollars, the people in the room have records to prove he lying. This concept means that information can be sent through a decentralized transparent system and cannot be corrupted. All records are transparent so that there is a consensus. For blockchain applications, sometimes hundreds or thousands of computers keep the ledger. This can be used to establish value for cryptocurrencies such as Bitcoin, but it can also work well for other applications such as logistics because it enables people to track the entire lineage of an asset.

(17:20) Jim gives an example of Walmart using blockchain to track the supply chain of its lettuce from harvest to store shelves to combat the E. coli problem last year.

(19:00) Jim says that many companies are using blockchain right now and data can be tracked with user interfaces. He says for the supply chain for aerospace blockchain records the entire process, starting with the initial requirements being sent to a designer. Then each stage such as the design of a part, manufacturing, quality control, etc. is recorded individually. Everything is transparent and correct, insuring a good final product. If people realize there is a design flaw, it is easy to go back and find the mistake because each stage has been recorded with blockchain.