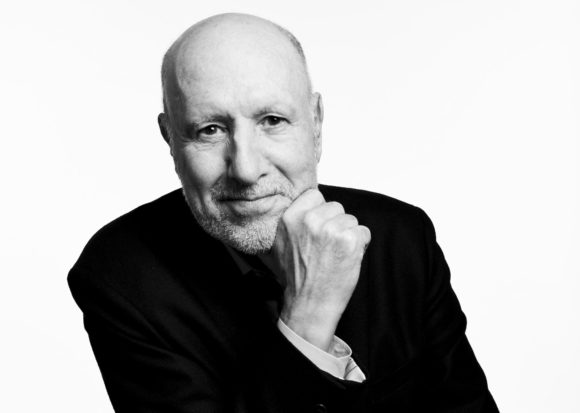 Our guest on today’s show is Professor Yossi Sheffi, author of the new book, The New (AB)NORMAL: Reshaping Business and Supply Chain Strategy Beyond Covid-19.

In the interview, Sheffi explains how companies and governments around the world have dealt with the supply chain disruption over the past year’s pandemic. He also gives insight on how people can prepare for the next time the world’s supply chain is turned on its head

Scroll down to read more and listen to the podcast with Google Podcasts, Apple Podcasts or your favorite app.

Yossi defines supply chain as the series of activities that take a product from the raw material stage to a finished product through a series of transportation, shipping, and creation until it finally reaches the consumer. He says the final stop of the supply chain is the responsible disposal of the product after it has been used. (3:15)

Yossi gives his background. He studied civil engineering in Israel and then came to the United States to conduct operational research at MIT, where he studied network theory. Originally he wanted to utilize his education in the urban planning and transportation sector, but he became frustrated because nobody was applying what he thought were brilliant ideas. Eventually he found an opportunity working with trucking companies, using the same mathematical principles he had researched, in the end saving these businesses a lot of money. From there, he branched out into working with the customers of the trucking firms such as manufacturers, retailers, and distributors to optimize their operations. In the process, he started five companies, which he says were all successful and sold out to larger companies. Yossi said he always returned to MIT because he is passionate about teaching and research. (4:35)

Yossi says the secret to being able to do so many projects is to have a very understanding wife. He credits her with keeping their relationship strong and helping him maintain a good relationship with his kids, despite working more or less 24/7. (6:10)

Yossi discusses some of his past books which cover different aspects of the supply chain. In March of 2020, while he was working on a book about new supply chain innovations, the world was struck by the COVID-19 pandemic. He saw this as one of the most significant historical events in the history of the world’s supply chain, so he stopped working on the book he was writing and wrote the New (AB)Normal from March until August of 2020. He says it was essential to get the book out quickly before COVID-19 became tired, old news. (8:30)

Yossi talks about how the US is still slow in fighting COVID-19. He compares vaccination rates in the US to those in Israel. He says Israel plans to have its entire population vaccinated in two and a half months. At the time of this interview (Dec. 2020) Israel was vaccinating upwards of 150,000 people a day, while his home state of Massachusetts was only vaccinating 30,000 people daily. (9:50)

Yossi says one distinct thing about Israel’s approach to the coronavirus is that its government did not hedge its bets of the efficacy of the vaccines. It assumed the two vaccines based on the mRNA from Moderna and Pfizer were effective and ordered them before they were approved by the FDA. Ironically the country was currently in lockdown at the time of the interview, while health professionals were administering the vaccine from 5AM until 10PM (soon to be 24/7). He says the Israeli government even got some of the ultra orthodox authorities on board with administering vaccines on the sabbath by invoking a rabbinical rule that states life is more sacred than anything else. (11:45)

Yossi discusses the bullwhip effect on the world’s supply chain, which was significantly apparent in 2020. He says when estimates for supply and demand become distorted because of a disrupted supply chain, the solution for manufactures to not overreact in their inventory buying is to listen to the final consumer. Thus, even Tier 2 or Tier 3 automotive suppliers should be monitoring car sales to predict upcoming production demand, rather than only listening to what the Tier 1 companies tell them. (16:05)

Yossi shares what he found the most shocking about how the supply chain malfunctioned during the pandemic. He says medical supplies in the United States were terribly low, leaving many hospital workers unprotected. He says the US used to have a strategic reserve of PPEs and other medical equipment, but it withered away during the Obama administration. In his new book, Yossi gives suggestions on how the United States should prepare for a future pandemic, including rebuilding a strategic inventory. He also says hospitals need to be stress tested for crises events, and a medical personnel reserve, much like the Army Reserves should be created. The medical personnel reserve would be comprised of people trained to do basic care. It would free up nurses and doctors to do more difficult work. (24:45)

Yossi gives advice to Tier 2 and Tier 3 manufacturers on how to survive a pandemic. He says they need to ensure they are not too leveraged. He also encourages membership in larger manufacturing associations so they have a voice that represents their types of businesses in Washington. (28:45)

Yossi says he is skeptical that significant manufacturing work in China will return to the US or move elsewhere because it is extremely difficult to replicate the extensive supply chain infrastructure that already exists in China. He says some final assembly of products may leave China, but the parts will continue to be made there. He says this is why it is vital to keep the manufacturing and proprietary knowledge that is already in the United States from leaving. (31:50)

Yossi says that one of the most interesting things he has learned about recently is the COVID-19 vaccine distribution in Israel. He says one key difference between the vaccination process in Israel verses in the US is that in the US patients are required to sign legal wavers to protect against lawsuits, while in Israel just getting in line is considered legally signing off on the procedure. This enables much greater efficiency in the vaccination process. (32:55)

Question: What would you have done differently in 2020?