Knowing What Your Machines Are Up To, with Jeff Rizzie–EP 168 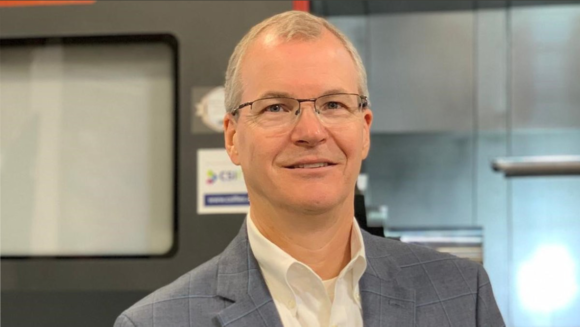 Do you know what is really going on with your machines? Have you actually listened to them lately?

Sandvik is renown for its cutting tools, but the company has branched out into selling cloud-based machine monitoring software called CoroPlus Machining Insights. Machining Insights measures the overall equipment effectiveness, or OEE, of a factory’s machines, collecting data such as spindle speeds, axis feed rates, and spindle override frequency. Rizzie estimates that 90% of shops who have used Machining Insights believed their OEE was significantly higher than what it was in reality.

Scroll down to read more and listen to the podcast. Or listen on your phone with Google Podcasts, Apple Podcasts, Spotify, or your favorite app.
You can also view the podcast in video form on our YouTube Channel.

Machine Monitoring collects data through an ethernet connection with machines. It shows all data collected since the machine was connected, from the standpoint of the machine, the components being produced, as well as the cutting tools on the machine. The system takes metrics such as spindle speeds, axes feed rates, load meters, machine alarms, and position of feed rate override switches. It also tracks when the machine in Automatic mode, MDI mode, or when it is executing programs.

Rizzie says shops often estimate that they are in the 60%-75% range of OEE, but then CoroPlus reveals they are actually in the 30% range or even lower.

The standards for OEE in shops changes depending on the type of components the shop makes. A shop doing high volume automotive parts needs to have a much higher OEE to be profitable than a shop doing lower volume parts. Rizzie says the highest OEE he has seen was at an automotive shop in mid-80% range.

Rizzie says that often when a shop has low OEE it’s because little problems on a lot of machines add up. Often operators are not getting peak performance from machine tools because they are hacking through errors created by underlying problems in the equipment. One possible cause of this scenario is that operators are under such pressure to make parts fast that they don’t take the time to stop machines to address the roots of problems.

When Monitoring Insights shows feed rate override switches being used frequently it’s important to examine why. Operators might be slowing down machines to stop chatter, rather than correcting the underlying cause of it. Maybe the machine’s firmware needs to be updated. Maybe the program has a glitch. Maybe the machine is dirty. If these simple problems can be identified and dealt with properly, a company can save huge money.

Rather than leave customers on their own to interpret the data and come up with their own solutions, Sandvik offers consulting services. They advise the company on technical issues as well as lean management.

Question: What’s the strangest problem you have seen with a machine?