Machinery Auctions Off the Stand with Robert Levy, (Part II)–EP. 146 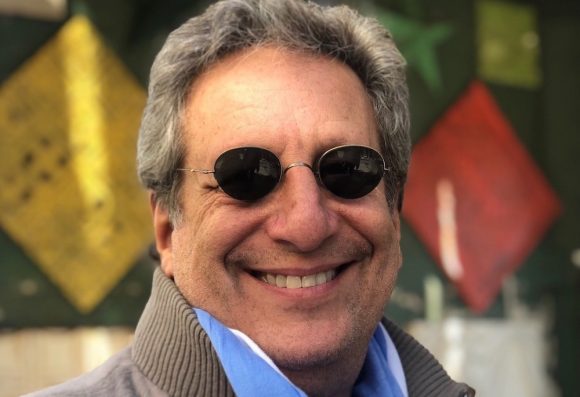 Today’s episode is Part II of our interview with industrial auctioneer Robert Levy. In Part I, I tried to get an understanding of what’s going on inside the mind of an auctioneer. In the second part of the interview, I asked Robert to give me some practical advice on how to be a successful bidder at an auction.

The first tip Robert suggests for auction bidders is to talk to the auctioneer before the sale about what items they are interested in and even tell the auctioneer their spending targets. This advice first surprised me because I’ve always figured if an auctioneer knew a bidder’s price limit, they would do their best to push the item’s price up to that limit quickly. To me that’s not a great start for getting a good deal.

Robert says if bidders come to him before the sale and promise they will buy items for what seem to be respectable prices, he will try to protect those buyers from getting into bidding wars and losing their desired items by small amounts of money. One method he uses to try to prevent bidding wars is controlling price increments for bids he will accept after the item reaches the target price. For instance, if a buyer tells him he can spend $100,000 for an item Robert will promise that he won’t allow the person to be outbid by a small amount like $1,500. Of course, if another bidder tops the customer by a significant amount like $15,000 he will allow the price to go up. The thinking is that a bidder will be less frustrated if they lose an item by large margin as opposed to a small one.

Robert does admit that you really have to trust an auctioneer before you share your target prices. He suggests asking around to research the reputation of an auctioneer before confiding in one. Call me cynical, but I would be scared to divulge my price target to any auctioneer. After all, Robert told me that it’s the auctioneer’s fiduciary responsibility to get the most money for their client. It seems like it would be difficult to truly be on the side of both the buyers and sellers. But perhaps in the end, it’s not about being on both sides, but rather, making buyers feel comfortable and earning their trust, which Robert says is one of the most important qualities of a good auctioneer.

In our experience at Graff-Pinkert, it has been helpful for us to ask auctioneers for specific information about items before a sale. We ask them if they will combine certain items into one lot if they naturally should go together. We also try to get a sense from them about what they think items will bring.

Robert says it’s much harder to provide bid protection to buyers in online auctions than live ones because they are designed with the intention of creating bidding wars. In a standard online auction, in the last few minutes of bidding if a new bid is submitted, the expiration time for that item extends. Bidding on items can slowly climb for hours after the original closing time. His suggestion for buyers is to go into a sale with a specific budget, and stick to it.

Robert says he very rarely considers selling an auction item before a sale. He only does it in a circumstance where the offer seems considerably attractive to his clients. He doesn’t want to take the items out of a sale that attract the most bidders. Also, he often sees that after an auction ends the seller finds out they could have gotten an even higher price if they had left it in the sale.

When the manufacturing economy is strong, like it is currently, Robert says it’s a good time for the auction business. Prices go higher because there are more happy buyers. Also, during good times, assets switch hands more often because companies want to sell older equipment before they buy new equipment. During bad times, on the other hand, there are a lot of auction sales, but supply is high and demand is low, meaning equipment prices go low. He sees a favorable outlook for industrial auctions in the near term. Assuming manufacturing remains hot, as the supply chain gets better and people are able to receive new equipment they will want to sell more used equipment.

Question: What piece of equipment do you wish you had the opportunity to purchase right now?