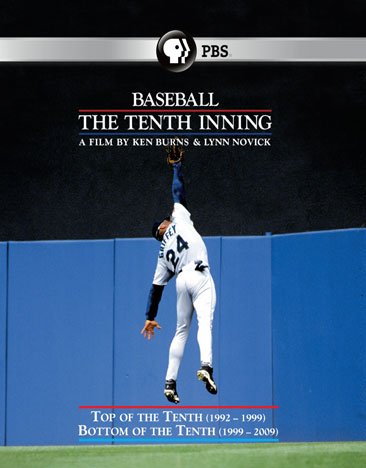 Spring is coming, the time when young men’s hearts turn to what else—baseball. This magical game, invented 150 years ago, has undergone many recent changes, yet most of it has stayed the same. In spite of the MLB’s recent problems with money squabbles and performance enhancing drugs, all the statistics and records set by great athletes decades ago still stand with those of today—albeit with a few asterisks.

The Tenth Inning, the recently released sequel to Ken Burns’ renouned documentary, Baseball, lovingly puts into context baseball’s excesses of the past two decades, as the game was tested by the players’ union, strikes, owners’ greed, lockouts, replacement players, corked bats and steroids. In the end, it reached a new equilibrium, with an international manpower pool, a global TV audience, and record attendance.

Baseball is a part of me. It tugs at my heart that the American game my immigrant father loved so much and loved taking me to watch is the same one that my son played so well, and is the game that my son and I love taking his son to see.

Money has always driven baseball, occasionally corrupting it. Initially, each owner kept most of the team’s income. As revenue grew, this was a model doomed to fail. Everyone wanted a bigger piece of the pie—notably the players, their agents, and the small market owners who couldn’t compete financially. In early 1994, the owners approved a revenue sharing plan tied to a salary cap, but the players adamantly opposed any cap—neither side trusted the other. Negotiations dragged out through the summer until the players went on strike. The season was canceled.

The 1995 pre-season opened with replacement players. The strike finally ended when the future Supreme Court Justice, Sonia Sotomayer, issued an injunction against the owners. The millionaire players had prevailed over the billionaire owners, but the fans, irritated by both sides, were slow to return.

The players’ skyrocketing salaries created several side effects—most notably the internationalization of the sport and the rampant use of steroids. Foreign players were abundant, talented and cheaper. Nowhere was this truer than in the Dominican Republic where the saying goes, “No one walks off the island; you have to hit your way off.”

With greatly increased financial incentives, many players turned to steroids to help them capture mega-million dollar contracts. Mammoth home runs made the highlight films and commanded players really big money. They started breaking records, which brought fans back to the stands. Cleaning up the drug mess would have meant bringing down the players who had revived the game. Neither the owners nor the union would address the issue, so Congress eventually stepped in.

Jose Canseco and Ken Caminiti confessed their own steroid use and named other users. A fairly strict drug policy was adopted, and players’ bodies and home run numbers shrunk in size. One of the last holdouts, Barry Bonds, continued to deny his drug use, but when his contract expired three years ago no one picked him up. He is now out of baseball, and even though he is the all time home run leader, it is doubtful that he will ever make it to Cooperstown.

Towards the end of the film there is a segment on baseball’s “Curses.” It had been 86 years since the Boston Red Sox had won the World Series, a victim of the “Curse of the Bambino.” The Cubs were jinxed by “The Curse of the Billy Goat” in 1945 and still have not won a World Series since 1908. But in 2004, to all of New England’s delight, the Red Sox finally beat the Yankees in the playoffs and swept the World Series. In 2003, the Cubs were only five outs away from going to the World Series when the Billy Goat curse struck again in the form of a loyal Cub fan. Steve Bartman allegedly plucked a foul ball out of the Cubs’ left fielder’s glove and the team unraveled.

Mike Barnicle, a Boston journalist and rabid Red Sox fan, summed it up—when you leave this life, your children will remember you in many ways. They will think about the time they spent with you as a father, and baseball will be a big and blessed part of those memories.