Tough Month for the Bad Guys 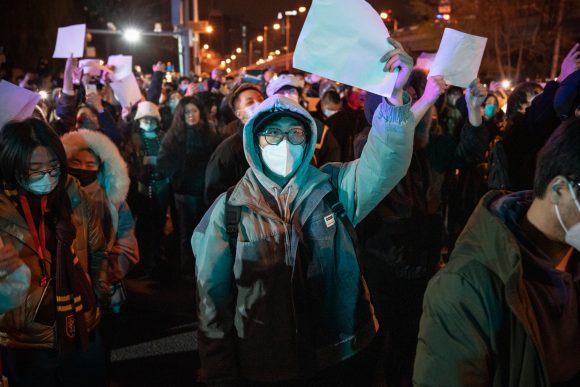 It’s been a bad month for the bad guys.

It lost to, of all countries, the United States, in the World Cup, and people all over the country honked their horns to celebrate.

A couple of days ago, it was announced that the Morality Police were being abolished. It is the enforcement group that is the spearhead of religious orthodoxy in Iran. They are in charge of putting down women’s demonstrations all over the country for violating the mandatory wearing of the hijab head covering in public. The hijab requirement is symbolic of the lack of freedom for women, which prompted growing demonstrations following the death of Masha Amini, a 22-year-old Iranian woman of Kurdish background who was killed three days after the Morality Police booked her in Tehran.

The power of the ruling regime is being challenged daily with closed businesses and now even the Supreme Leader’s niece joining the rallies. Whether the morality police are actually gone or the announcement is a government headfake remains to be seen, but there is no doubt the country is in turmoil and the regime, which has held power since 1979, feels threatened.

The next bad guy who is struggling is Xi Jinping of China. After being voted Chairman of the Communist Party for life at the Party congress, he now sees his power being challenged by demonstrations, ostensibly about strict COVID policy, such as locking apartments and whole buildings when a case is reported.

As in Iran, the bigger issue is that people are complaining about lack of personal freedom in the country. In the case of China, the COVID heavy-handedness is the popular symbol. On the economic front, China’s enormous over-building of apartments has left millions of half finished and empty units.

The country is attracting less foreign investment, and we are seeing even Apple looking for new places to build phones. China’s one area of growth is still TikTok, but we are starting to see parents limiting time on the addictive site, and security officials are worried about its corrosive power and data gathering potential. China, which was seen as equaling the US as a world power, is now struggling economically, socially, and politically for stability. Xi no longer looks unshakable.

Putin is looking more and more like Hitler in 1944 when it was obvious he was losing his war.

Ukraine’s push back of mighty Russia, which has replaced General after General, is revealing its cardboard army so weakened by low morale and corruption. Putin’s plan to become the Tsar of a greater Russia has been shown to be folly.

He has awakened NATO, shown the superiority of American weapons, and ignited a sense of national unity in Ukraine that many people had doubted.

Putin has shown that he can revel in being a murderer. He has turned off a Germany that for decades had played nice with the Kremlin, partly out of fear but also because of the corruption of its own leaders.

Now Putin is searching for a face saving way to show he actually won his war, but Ukraine’s Zelensky will not give it to him.

Ukraine will have a cold winter, but Putin’s grip on power appears to be getting shakier.

The United States may be messy, but despite a misguided Federal Reserve, the economy is still thriving and people still look to elections, bargaining, and the courts to settle disputes and change government.

Who would have predicted 10 years ago that two African Americans would be running for the Senate in Georgia?

Question: Who are the baddest bad guys you can think of? Fictional or Real.