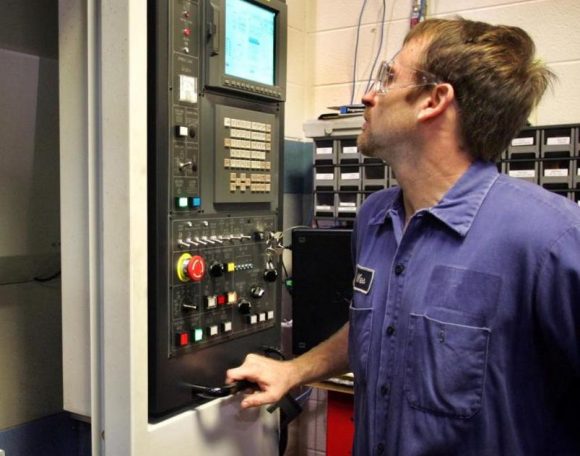 Today’s podcast is part 2 of an interview we did with Wes Szpondowski, plant manager at Wyandotte industries, a 60-year old screw machine shop in Wyandotte Michigan founded by his grandfather.

Wes talks about his aspirations to keep Wyandotte relevant for the next forty years. He also discusses the fatal traps a machining company can fall into if it’s not careful.

(3:18) Wes discusses Wyandotte’s preferred quantities for jobs. He says the company’s sweet spot is 15,000 to 20,000 pieces, as opposed to million piece orders.

(4:08) Wes talks about Wyandotte’s automotive work. He says the company is Tier 2 or Tier 3. He says that American car companies always try to take every cent they can from suppliers, while Japanese automakers are less greedy and gravitate toward forming longterm partnerships.

(7:20) Wes says the shop has no plans to buy million dollar machines. It doesn’t have the work to justify those machines or the stomach for the risk. He says that the company can’t survive running mostly Acmes, not because of the inferiority of the machines but because it will be too difficult to get the next generation to work on them.

(10:10) Wes says he plans to buy LICO machines for Wyandotte. He says they are like Brown & Sharps that can do more sophisticated parts with a quick setup time. He said LICOs are much faster than typical CNC lathe and he thinks it’s a machine that young people would enjoy running. He thinks that $250,000 to $350,000 is a price range that is sensible for his company.

(17:40) Wes says he likes to examine the course of events that led machining companies to go out of business. He calls it “auction forensics.” He says people often repeat the same story—the grandkids ran the company into the ground and the company bought expensive equipment that did not pay off.  As a grandson of Wyandotte’s founder, Wes says the story gives him extra impetus to work hard and make responsible equipment decisions.

(21:52) Wes talks about his first job at Wyandotte. He had to work his way up from the bottom and was not even given a full-time shift to start. Some of his coworkers liked him, and others felt threatened by him.

(25:50) Wes gives his thoughts on whether or not he will have partial ownership of Wyandotte in the future. He says ownership is a possibility, but in any case, he is grateful for the privilege of working at the company for so long and being plant manager.

(27:00) Wes says he is able to relate to the company’s employees because he started from the bottom.

(28:10) Wes talks about his admiration for his uncle who owns Wyandotte. He respects that he is almost 80 years old and still comes to work everyday.

Question: Do you think we’re headed for a recession?