Ep. 81 – Negotiating Like an FBI Agent with Chris and Brandon Voss Part II 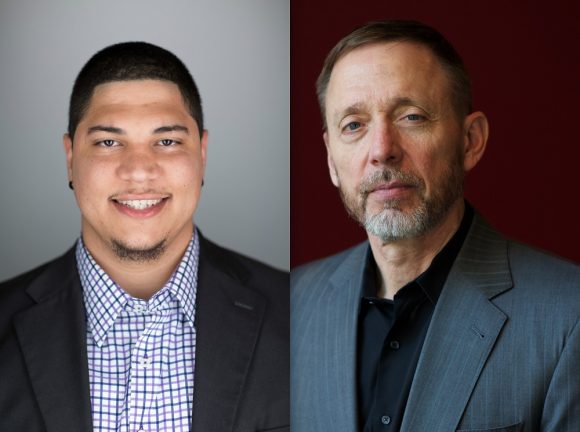 Today’s podcast is the second half of a two part interview with Chris and Brandon Voss, coauthors of the best selling book on business negotiation, Never Split the Difference: Negotiating As If Your Life Depended On It.

Chris Voss used to be an FBI hostage negotiator. When he retired, he applied the negotiation techniques he learned in law enforcement to the business world. Some of the methods Chris and Brandon teach can seem difficult to execute and counterintuitive, but I can personally vouch for their effectiveness in my own business dealings.

(5:35) Chris says that very often when people ask you to give them a price they are not actually interested in buying. He says that researchers have found that at least 20% of the time people ask you for a price they are only looking for a competitive bid, which he equates to lying in business. He says this percentage is an underestimate because people don’t naturally admit to lying, so you have to use strategies to bring out the truth.

(13:17) Brandon says it is also good to let a counterpart name price first because it  makes that person feel they are in control. He says that when people feel autonomous and in control of what is happening they are more likely to want to make a deal.

(15:10) Chris explains the purpose of asking “no” questions. One of the negotiation techniques Chris and Brandon prescribe is getting other people to say “no” in conversations. He says that people are unfortunately conditioned that the word “no” is a word they don’t want hear in negotiations. People associate it with failure. However, he says research has shown that when people say “no” it actually makes them comfortable and safe and prompts them to take action (see video below).

Click here to watch more videos from the interview.

(18:40) Noah asks if Trump is a good negotiator. Chris asks jokingly, “Do you want the Trump people to hate us?” Chris brings up Trump’s dealings with North Korea. He says Trump did a spectacular job opening the negotiation with  North Korea—something unprecedented. However, he says that today nobody seems to know where the negations are at. Chris says that Trump is by nature an “assertive” negotiator, similar he and Brandon. He says that assertive negotiating can yield to some early spectacular successes, but people will not want to deal with you long-term if you can’t change from that mode. He says that every negotiator needs to be assertive, but it cannot be the only component in how you operate.

(21:35) Brandon and Chris discuss their dislike for the concept of “win-win” solutions. Brandon says the term is associated with compromise in which both parties give up things, leading them to feel unsatisfied. In his experience, deals that people call “win-win” often fall apart. Chris says when someone says “win-win” in a negotiation, they are either a cutthroat negotiator or a naive negotiator. He says if someone calls him to propose a “win-win opportunity,” he will hang up. Unfortunately this subject came up at the very end of the interview, and Chris and Brandon said they could easily give an entire lecture about it because of its complexity.

Question: Do you like to haggle when buying a car?