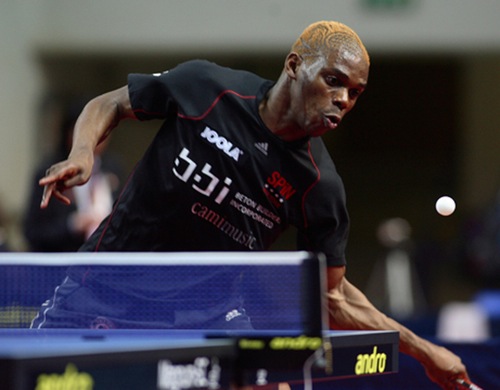 After a life in Chicago, most of it on the Southside, I thought I knew a lot about black life in the city.

Over the last few days, I listened to a long interview with Wally Green, who escaped gang life, drugs, death, and a jail cell, with a ping pong paddle in his hand. Today he is a $100 per hour ping pong coach. He has played around the world, is a TikTok celebrity, TEDx Speaker, Cofounder of SPiN New York, and just returned from the Maccabiah Games in Israel. He even traveled to North Korea to play ping pong.

Arshay Cooper has a similar story. His book, A Most Beautiful Thing, is becoming a film produced by Duane Wade. Arshay’s father was in jail, his mother was a recovering drug addict, and every day was a dodging effort to avoid the several gangs who dominated life in Manley High School on the Westside of Chicago.

Today he is a chef, a writer, and a motivational speaker. Rowing crew, which had never been done before at an all black Chicago high school, was his way out.

Both stories stunned me, brought me to tears, and taught me how utterly ignorant I was, even today, about life for a teenage boy in the ghetto.

Wally Green was interviewed by James Altucher in a 2-part podcast. Altucher had recently returned from Israel with Green because Green was coaching his daughter at ping pong in the Maccabiah Games, a Jewish Olympics with teams from many countries.

Green talked about his abusive father who routinely beat his mother when he was in their small apartment in the Brooklyn housing projects. He fled the house when he could not take it anymore, seeing his mother constantly being beaten and screaming and his step-father berating him and continually telling him he was only going to fail.

High school was all gangs, guns and drugs if he hoped to ever get any protection. The only thing that gave him a respite from the violence was sports. He was a natural at almost every sport, basketball, football, volleyball, but not considered college material because he was never much one for class. He lived at friend’s homes or with relatives. He hung around pool tables, and at one of the clubs in Manhattan he found ping pong tables. He occasionally fooled around at the game, trying to pick it up to make a few bucks.

One day, a player at the club who was in the import export business and loved table tennis offered Green $20 if he would play him.

The money was attractive, and they became regular partners, Green making $20 for each session. His partner, who lived part-time in Israel, asked him if he would come to his home in New Jersey. It was a huge home with a game room and plenty of space for ping pong. They played for hours and talked.

After they finished, his wealthy partner offered to send Green, all expenses paid, to a spors academy in Germany where he would get world-class coaching and meet young athletes from around the world.

Green started playing tournaments not long afterward and was invited to play in China, Japan, and North Korea. He never achieved the status of the Asian players, but his ability to understand the weaknesses of his opponents and his personality helped him become a celebrity. Today his videos go viral, and he is a noted coach. Gang life is just a sad and scary memory.

Arshay Cooper’s story in his book, A Wonderful Thing, starts with his life at Manley High school. The school was dominated by gangs. He was a little older than his peers because he had flunked the tests to graduate 8th grade. His mother was out of the house at a church-sponsored drug recovery program. His father was in prison. His brother had joined a gang, and he was living with his sister, alone in a one bedroom apartment.

When his mother recovered and came back home, he pulled himself together and began to do well in school. She begged him to stay away from the gangs.

One day, as a sophomore, he saw a sign in the lunchroom offering pizza and the possibility of travel and excitement if he would join the first all black crew team ever in a Chicago public high school. Arshay had never even heard of crew, but free pizza and travel were worth attending the meeting for him.

The speaker was a young guy named Ken Alpert who had made a fortune as a hedge fund trader but had a burning desire to help kids who lived just a few miles away from him on the Westside. He had rowed crew at Penn in Philadelphia and had a bizarre idea to introduce crew at Manley. He wanted to develop the kids’ confidence and build a team that could compete in the Chicago Sprints at the Lincoln Park Lagoon in the fall.

He bought erg machines to train on in the school gym and hired a female coach who believed in his idea. Alpert wanted to change the lives of the kids he could entice away from the gangs. He promised a trip to Philly for a long weekend tournament if they could compete successfully at the Chicago Sprints.

Very few of the boys could even swim at first. None of them had been in a boat.

Arshay navigated many ups and downs, but the team finally made it to Chicago’s South Lagoon for the race. They bungled the start, but pulled themselves together enough to at least finish, well behind the accomplished high school rowers. But Ken convinced the team they had succeeded.

Arshay eventually became Team Captain. He visited Ken’s home many times, a four-story brownstone. He became friendly with Ken’s wife and young child. He went to entrepreneurial classes that Ken sponsored. Ken drove him home to the one bedroom apartment on the west side, trying to avoid guns and killing.

Many of his early teammates dropped out to sell drugs or because they were forbidden to participate by their Muslum parents who hated white people and especially Jews. Still, the team became respectable as the kids gained experience.

These stories were inspiring, yet grim. I had no real feel for the abject horror of living in the terrifying world of killing surrounded by drugs. For people living in that world, working at McDonald’s or driving a truck may seem like the best professions they can hope for .

I finished the stories of these two remarkable men who grabbed their chance in life, uplifted by their success. The sickening thing is realizing that most of their peers are on the street corner selling drugs, dead, or in jail.

Question: Are you afraid to go into cities in the United States?