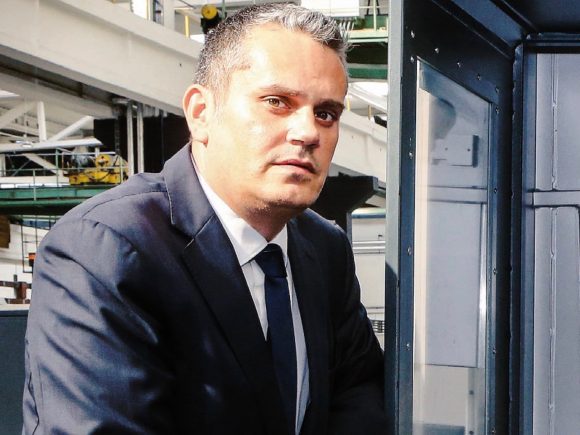 Today’s podcast is part two of an interview we did with Michele Tajariol, co-owner and Vice President of TAJMAC-ZPS, one of the world’s most prominent producers of multi-spindle screw machines. In the interview Michele gives his take on the competitive market of European multi-spindle brands. He also shared his experiences selling machines to China and India.

(3:20) Michele discusses the world multi-spindle market, saying that swings in demand for the machines are often volatile and unpredictable. He says that a year and half ago ZPS couldn’t produce enough machines, but currently the market is soft. He says sales of machines can change 50 percent or more from one year to the next. He says that the business has to be prepared to adapt to both high demand and low demand for machines. Michele says that though the multi-spindle business has gone soft right now, the machining center business is good because of strong manufacturing in lower volume sectors.

(6:55) Michele says that upper management of automotive companies seem as though they are not totally sold that electric cars will dominate the car market in the near future. One trend he is noticing is that younger people in Europe don’t want to own cars and instead use car sharing services. He says he thinks there will be a lot of demand for self-driving cars in the coming years.

Michele also says that people have not proven electric cars are better for the environment than standard gasoline models and thinks that diesel is probably good for the environment despite critics. He says that so many unknown factors are making car buyers indecisive. He says that people running multi-spindle screw machines for parts in internal combustion engines don’t know which production equipment to invest in going forward.

(11:20) Michele says machining centers are selling well now to produce batteries for electric cars. The machines are used to mill the cages that hold the batteries in cars and trucks. He says that he has no desire to buy an electric car himself.

(12:45) Michele says that a few years ago TAJMAC-ZPS chose to keep making a lot of cam-driven multi-spindle models in addition to building CNC multi-spindles. He says it was a move contrary to the other European multi-spindle producers who stopped making Cam machines entirely or greatly reduced their production of them. He says this has been a great business move because there are still a lot of end users making parts that don’t require CNC technology. He says that the price of a new ZPS cam multi-spindle will range from 400,000 Euros to nearly 1 million Euros. The price of ZPS CNC multi-spindles range from 600,000 Euros to nearly 2 million Euros, depending on the size and capability of the machine.

(16:20) Michele says the leader in CNC multi-spindle machines is INDEX. He says Schutte is steadily selling less machines, Gildemeister is just now rebooting its CNC multi-spindle. He says Tornos has had lots of ups and downs over the last 20 years, but their newest CNC multi-spindles have good technology because they redesigned their machines so recently.

(19:30) Michele discusses ZPS’s experience selling to the Chinese market. He says in China many companies opt to choose Swiss style machines over multi-spindles because they feel more comfortable than the multi-spindles despite them being more efficient. In contrast, Europe’s labor is expensive and its buildings are often small, so multi-spindles are the best choice for European manufacturers.

(23:10) Michele says that believes China’s manufacturing industry will still be superior to India’s in the foreseeable future. He says China is unrecognizable from when he first went there 20 years ago, while India still seems much the same.

(25:45) Michele says think that in China people don’t have enough freedom but in Western Europe people have too much freedom and take their freedom for granted. He says that in China it seems like people are happy, while many Europeans and Americans complain that their standard of living has fallen.

(28:00) Michele says that luck has played a big role in his life. He feels grateful to have grown up in a good family in Italy and that he has had a lot of good career opportunities of which he has taken good advantage.

Question: Do you do business in India?