I keep trying to make sense out of the trade war with China. It isn’t easy. I use metaphors to describe the tariffs and the tit-for-tat jabbing of the two major powers. It is a bit like Ultimate Fighting Championship, but it is much more complicated. Donald Trump has an election battle coming up, and a booming economy is his biggest asset going into 2020. China’s Xi has no election, but he has Communist cronies who are not all fawning stooges.

Trump has immigration woes that he is trying to turn into a positive politically, but it isn’t working well.  Xi has Hong Kong mass demonstrations, which are now more than an annoyance to his regime. It is a problem that is a public relations horror and potentially could spark rebellion within China, despite its rigidly controlled press. Just like a million people leaving Central America desperately knocking on the door of a country built by immigrants is a problem without an easy solution here, the longing for freedom in Hong Kong ultimately overflowing into China is a problem that just won’t evaporate.

China under Xi wants to overwhelm the United States in every way other than a shooting war. Manipulating outdated trading norms developed by Kissinger and Clinton and maintained without a whimper by every administration since then out of convenience and laziness has served China beautifully as it has eviscerated American industry and workers in exchange for $5 t-shirts at Walmart and Target. The Obama Administration timidly objected to the Chinese trade bullying, but had no taste for a trade war which would have been rather uncomfortable and unpopular.

Pugnacious Donald Trump was looking for a fight. He seems to thrive on nonphysical, non-shooting warfare. Advisors convinced him that it was a winnable war if he played it right. Tariffs were his weapon of choice.

Tariffs probably hurt China a bit more than they hurt the United States because we buy a lot more from them than they buy from us, and if the farmers take a fist to the jaw, Trump and Congress can cushion the hurt with subsides. If t-shirts bump up $0.50, Walmart can eat a little bit and the richer American workers can absorb their annoyance with fatter paychecks. China can manipulate its currency to cheapen its goods and the Fed can manipulate interest rates to make mortgages cheaper.

The mavens in the press here have exaggerated the impact of the tariffs, and some are trying to talk the country into a recession for political purposes. It is having an effect: capital spending is slowing, and big business bureaucrats are becoming fearful because they tend to be sheep. Machine tool sales are weakening. Japanese production of machine tools is soft. 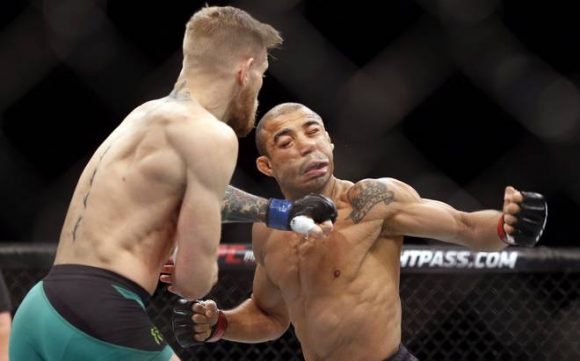 Was Trump right in picking this fight with China? Short-term, politically, it was dumb. Since most politicians only think in terms of the next election, it was a stupid aberrant move in their eyes. He hurts his base in rural America. Any gain for American industry is far away and foggy.

Barack Obama saw the same things as Donald Trump, but was afraid of confrontation. Trump relishes confrontation, but appears to lack a coherent strategy. The Chinese want to outlast Trump and may succeed, but Xi may be in trouble at home amongst his enemies because Trump has not folded yet. Hong Kong is potentially very dangerous for the regime with the Chinese home economy softening, and China’s ambitious plans for a Belt and Road initiative to aid developing countries seeming to have faltered.

Trump’s Huawei gambit has given Xi a black eye, but the company evidently has some attractive 5G products at good prices, which will allow it to weather the storm.

Put it all together and the two fighters have fought a draw through six or seven rounds of a 15-round bout. China has not given in on intellectual property theft, and America keeps jabbing them with tariffs.

I do not see a knockout or surrender in the foreseeable future. The stock market will be a yo-yo. Big business will play defense. Growth in both countries will gasp a little, but keep on going.

Is the battle worth the trouble? The Chinese certainly think so. Do we?

8 thoughts on “Trade War 7th Round”