Our guest on today’s show is Terry Iverson, co-owner of Iverson and Company and author of a new book called Finding America’s Greatest Champion: Building Prosperity Through Manufacturing, Mentoring and the Awesome Responsibility of Parenting.

Terry and his family have been in the machine tool and production business for almost 100 years, specializing in Hardinge equipment. In writing this book, Terry draws upon his vast network of professionals in a variety of businesses to understand how mentorship and apprenticeship can rebuild American manufacturing.

(4:00) Terry says his book’s main message is that with better mentoring and parenting the United States could fix its problem of the skills gap in manufacturing.

(5:15) Terry talks about the origins of his family’s machinery business. In 1925, his grandfather went to work at Hardinge. He started sweeping floors, but soon climbed the ladder in the business because of his engineering acumen. He started his own business in 1931 selling and rebuilding Hardinge machines. Terry’s father joined the business, and his uncles started their own production shop. After spending six years getting his mechanical engineering degree, Terry joined the business about 40 years ago, though he was reluctant at first.

(9:25) Terry says he sees his book as a way to give back to the industry that has been so good to him and his family. He says over the span of his career his clients have told him more and more that they can’t find enough skilled people. He hopes that his book helps to change the culture of education in the United States from one that only encourages expensive 4-year colleges that result in horrible student debt. Terry says he credits his own success in life to having lots of great mentors such as teachers, coaches, and family friends. 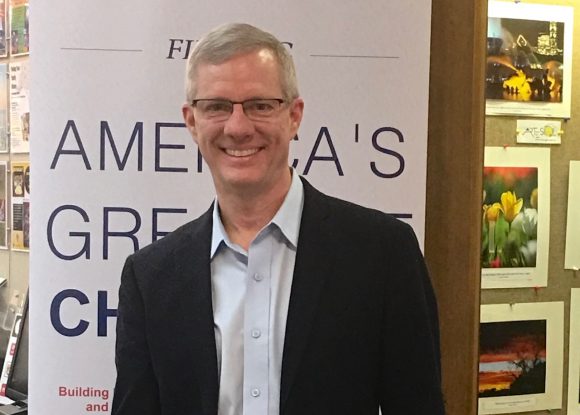 (21:30) Terry says he hopes that as the manufacturing industry becomes more computerized and automated, that computer savvy young people will be attracted to it.

(24:40) Terry says that young people in Europe know what they are passionate about in their teens. He feels that more internships and programs that expose American young people to a variety of careers could help build a skilled workforce in manufacturing, as well as other fields in the United States.

(29:00) Terry talks about a 17-year-old intern he had at his own business who was interested in engineering. She had an idea for a device that tested for concussion protocol. Terry contacted a friend from high school who was a biomedical engineer who helped her get a pending patent. She went on study engineering at the University of Illinois.

(31:20) Terry says to go to Championnow.org for information to buy his book. He is offering a special discount to listeners of Swarfcast.

Question: What made you choose a career in manufacturing?

3 thoughts on “Ep. 74 – Getting Young People Into Manufacturing with Terry Iverson”