Today’s guest on the podcast is Gabriele Oettingen, professor of psychology at NYU and author of the book “Rethinking Positive Thinking: the Science of Motivation.”

Contrary to conventional wisdom that asserts “positive thinking is always positive,” Oettingen’s studies have shown that people who embrace only positive thinking as a way to reach their dreams are often the least successful in achieving their goals.

Gabriele’s strategy for success requires people to identify realistic, specific goals and then identify potential obstacles along the way. She calls it WOOP which stands for Wish, Outcome, Obstacle, Plan. I’ve used the strategy myself and I have to say it’s really worked for me.

(4:10) Gabriele gives her story. She came from the field of behavioral biology, but later switched to psychology because she was interested in the concept of hope. She was interested in how people could keep going when they inherited difficult circumstances. She studied how people’s expectations determine their success. She found that when people had successful experiences in the past, they were often successful in achieving goals. She also found that people who had positive fantasies and daydreams not based on successful past experiences often did not achieve their goals.

(6:35) Gabriele defines expectations as judgements of how likely something will happen in the future, based on past experience. For example, she says a business owner with many years of past success will likely be successful in the future. However if a business owner has positive fantasies and daydreams about the business doing well despite having a poor past performance, the business probably will not do well in the future. Gabriele gives another example of a smoker imagining that he can reject a cigarette. If he hasn’t had good experiences trying in the past, he probably will fail.

(8:35) Gabriele says that the general consensus around the world is that “positive thinking is positive” and that positive thinking will lead to more effort and more motivation. However her studies show that the more positively people think about the future the less well they do. The more positively people in weight loss programs fantasize about their success the fewer pounds they lose, while the people who permitted negative thoughts in their minds lose more weight. She said that tests on university students show that the students who fantasize the most positively about their job prospects are the least successful at getting employment when they graduate. This is due to them often studying less and sending out fewer job applications.

(11:15) Gabriele says her research shows that the more people fantasize about having a relationship with someone they have a crush on the less likely they are to have one. Her research also shows that hip replacement patients who imagine their recovery to be the quickest are less successful in recovering than people with more moderate expectations. 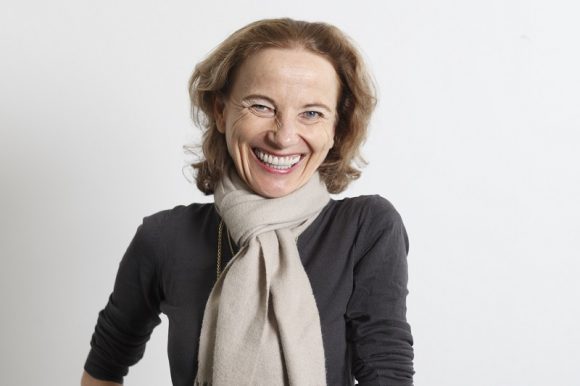 (16:20) Gabriele says that the positive fantasies and daydreams are still important because they stem from people’s needs. They remind us of the voids in our lives we need to fill and give us motivation. If you are in a job you don’t like you start fantasizing about having a different job. If you are in a bad relationship you start fantasizing about being in a different situation. After you know what a problem is, then you can start to find a solution and go in a new direction.

(19:10) Gabriele says the way to energize people so they can accomplish goals is to encourage people to identify the obstacles that hinder their ambitions. First this demonstrates to people they are not yet where they want to be. Then it helps them make a plan of action to get there. She calls this mental contrasting.

(21:42) Gabriele says that imagining the obstacles that stand in the way of accomplishing goals triggers non-concious processes in the brain that cause behavior change.

(22:10) Noah asks Gabriele’s opinion of when people say their belief in God helps them to reach their goals. Gabriele says in desperate circumstances where the obstacle in front of people seems insurmountable or is impossible to identify then thoughts and daydreams might be more useful than mental contrasting, because it at least they can provide hope. But she says in cultures and circumstances in which people have freedom and the ability to chart their own paths mental contrasting is the best option to succeed as well as decide which goals are most sensible to go after.

(26:50) Gabriele explains WOOP, a framework used to assist people with implementing mental contrasting. WOOP stands for Wish, Outcome, Obstacle, Plan. The framework helps people formulate ways overcome potential challenges, by utilizing the mindset: “If I meet obstacle (X) then I will do the behavior (Y) in order to overcome it.” The thought process non-consciously makes people behave in a way that enables them to fulfill their wishes. Noah brings up the free WOOP app that assists people with mental contrasting, which he has used many times to accomplish his goals.

(29:15) Gabriele suggests that people go to the www.woopmylife.org to learn about mental contrasting before using the phone app. Noah says that he will do a demonstration of the WOOP app, assisted by Gabriele, in a video on the Today’s Machining World website (to be released shortly).

Question: Do you usually think about obstacles when you set a goal?