Our guest on today’s podcast is Zak Pashak, founder of Detroit Bikes, the largest bike frame manufacturer in the United States. All bikes that the company sells are assembled in Detroit, and its high-end models have frames constructed of high quality American Chromoly steel. Zak lamented to us that he couldn’t find many companies in the U.S. to supply parts for wheels and other bike components. We told him we would take on the mission personally to find him some.

Zak hales from Calgary, Canada, where he had success in the bar business and organizing one of Canada’s largest music festivals. He eventually developed an interest in politics and urban planning, which would inspire his next venture. In 2011, he sold all of his assets in Canada and moved to Detroit where he started Detroit Bikes in the building of an old sign company.

Zak said he chose Detroit because he saw the city as a place with rich history. He remarked that it was where cars were first mass produced, where great genres of music were invented, and a place with talent in the manufacturing field. He also said he wanted to go to a challenging place where he could be part of positive change. 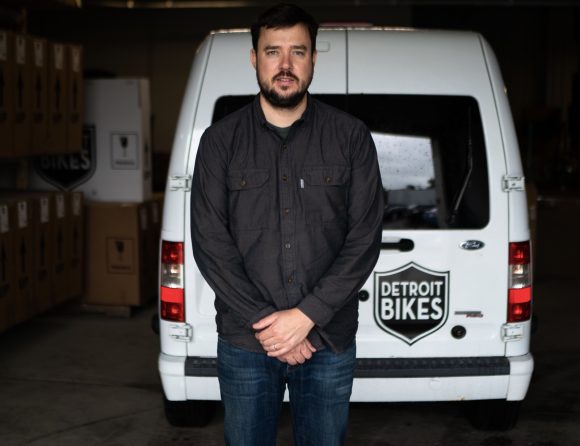 We could feel a real sense of purpose when Zak talked about his company. He takes pride in assembling bicycles in the U.S., a country where most of them are imported. He appreciates boosting the economy of a revitalizing city. But Zak said his primary mission is changing urban landscapes. He really wants to contribute to changing the paradigm of how people get around in cities, making them less congested and more environmentally friendly. He said this ultimately will be decided by governments who invest in new types of transportation infrastructure—including bike lanes.

Question: Does it make you want to buy a product more if it is made in the U.S.?